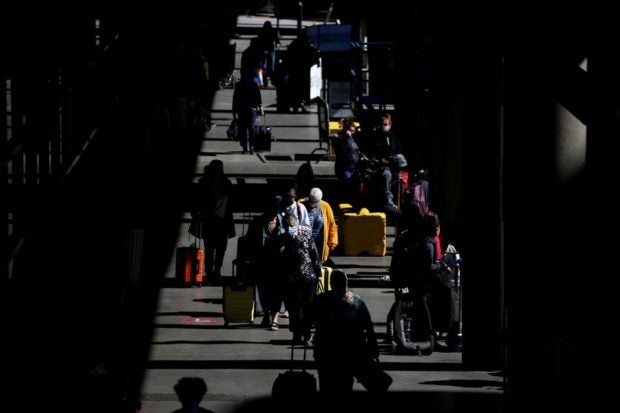 WASHINGTON — The US State Department said on Monday it will boost its “Do Not Travel” guidance to about 80% of countries worldwide, citing “unprecedented risk to travelers” from the COVID-19 pandemic.

The State Department already listed 34 out of about 200 countries as “Level 4: Do Not Travel,” including places like Chad, Kosovo, Kenya, Brazil, Argentina, Haiti, Mozambique, Russia and Tanzania.

“This update will result in a significant increase in the number of countries at Level 4: Do Not Travel, to approximately 80% of countries worldwide,” the department said in a statement.

Getting to 80% would imply adding nearly 130 countries.

The State Department said the move does not imply a reassessment of current health situations in some countries, but rather “reflects an adjustment in the State Department’s Travel Advisory system to rely more on (Centers for Disease Control and Prevention’s) existing epidemiological assessments.”

Most Americans were already prevented from traveling to much of Europe because of COVID-19 restrictions. Washington has barred nearly all non-U.S. citizens who have recently been in most of Europe, China, Brazil, Iran and South Africa.

The White House has given no timeline for when it might ease those restrictions.

Asked for comment on the State Department announcement, Airlines for America, a trade group representing major U.S. carriers, said “the U.S. airline industry has been a strong advocate for the development of a risk-based, data-driven roadmap for restoring international travel.”

The group added it continues “to urge the federal government to transparently establish the criteria – including clear metrics, benchmarks, and a timeline – for reopening international markets.”

Earlier this month, the CDC said people who are fully vaccinated against COVID-19 can safely travel within the United States at “low risk” but CDC Director Rochelle Walensky discouraged Americans from doing so because of high coronavirus cases nationwide.

“We know that right now we have a surging number of cases. I would advocate against general travel overall,” Walensky said on April 2. “We are not recommending travel at this time, especially for unvaccinated individuals.”