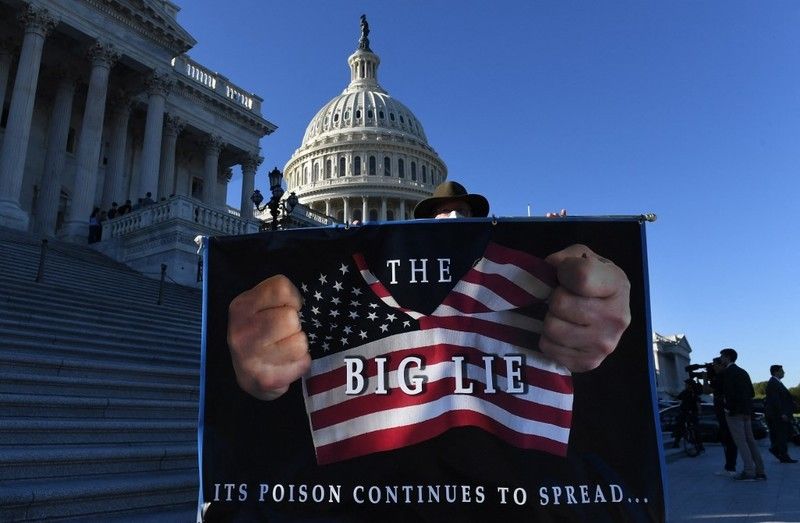 WASHINGTON, United States -- US lawmakers held a key ally of ex-president Donald Trump in criminal contempt of Congress on Thursday for defying a subpoena to testify before a panel investigating the January 6 attack on the Capitol.

Former White House chief strategist Steve Bannon is in the spotlight over the role he may have had in organizing the insurrection and efforts he may have pursued to coordinate with Trump and his aides.

The House of Representatives voted to refer Bannon to federal prosecutors to make a decision on whether to press charges, although the ensuing legal battle would likely play out over several months, potentially frustrating the probe.

"Mr. Bannon stands alone in his defiance, and we will not stand for it," committee chairman Bennie Thompson said.

"We will not allow anyone to derail our work because our work is too important -- helping ensure that the future of American democracy is strong and secure."

Investigators see Bannon's testimony as pivotal to a clear understanding of Trump's actions before and during the deadly assault on a joint session of Congress to certify Joe Biden's election victory.

Several lawmakers pointed to comments by Bannon on his podcast in the days leading up to and on the morning of the insurrection.

"All hell is going to break loose tomorrow... This is not a day for fantasy, this is a day for maniacal focus. Focus, focus, focus," he said.

"We're coming in right over the target, okay? This is the point of attack we always wanted."

Bannon, 67, was supposed to appear before the cross-party congressional select committee last week but said Trump's lawyers had instructed him not to show up, on the grounds of "executive privilege."

Congress rejected the protection, which allows presidents to keep certain communications with aides confidential, saying it didn't apply in the case of Trump and Bannon.

All 220 Democrats backed the resolution to hold Bannon in criminal contempt of Congress.

Republican House Minority Leader Kevin McCarthy, who initially called for an investigation but has spent the intervening months trying to thwart the probe, had urged his troops to vote no.

There were 'yes' votes in the end from nine Republicans, including January 6 committee members Adam Kinzinger and Liz Cheney, the panel's vice chairwoman and the most prominent anti-Trump voice in the party.

The Wyoming congresswoman -- daughter of Republican grandee Dick Cheney -- has said she believed the 45th president was "personally involved" in the planning and execution of the Capitol riot that led to up to five deaths.

"Mr. Bannon's own public statements make clear he knew what was going to happen before it did," Cheney told the House.

"And thus, he must have been aware of, and may well have been involved in, the planning of everything that played out on that day. The American people deserve to know what he knew and what he did."

Kinzinger said he had no doubt that Bannon's scorn for the subpoena was genuine.

COVID-19 pandemic 'nowhere near over': WHO