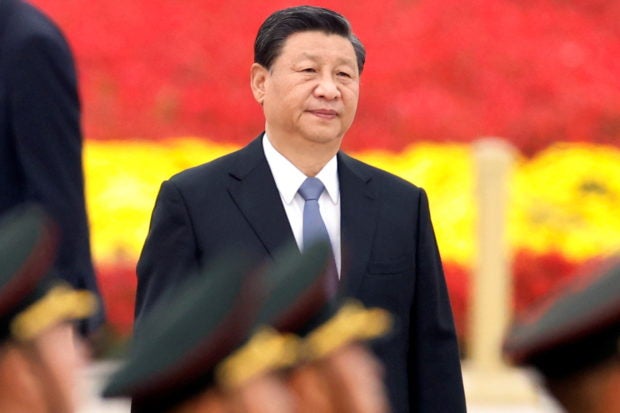 BEIJING — President Xi Jinping vowed on Monday that China would always uphold world peace and international rules, amid concerns expressed by the United States and other countries over the nation’s increasing assertiveness globally.

The comments come after Taiwan said this month that military tension with China was at its worst in more than 40 years, amid mounting worries that the giant neighbor might try to take back by military force the self-ruled island it claims as its own.

In a speech marking the 50th anniversary of China’s return to the United Nations, Xi said it would always be the “builder of world peace” and a “protector of international order,” state news agency Xinhua reported.

In 1971, the United Nations voted to recognize the People’s Republic of China as the sole representative of China, expelling Taiwan from the world body.

He urged all countries to promote the values of peace, development, justice, democracy, freedom, making use of a phrase the “common values of all mankind” that he coined and first mentioned in a July speech for the 100th anniversary of the ruling Chinese Communist Party.

Xi said reforms on global governance are needed, and that international rules should be decided by all 193 members of the United Nations, instead of by “certain countries or country groupings”, making a veiled criticism of the United States for exerting a dominant influence over international institutions.

He also said all countries should always abide by international rules, and not only when the rules suit them.