The image of a winner: Jaja Santiago 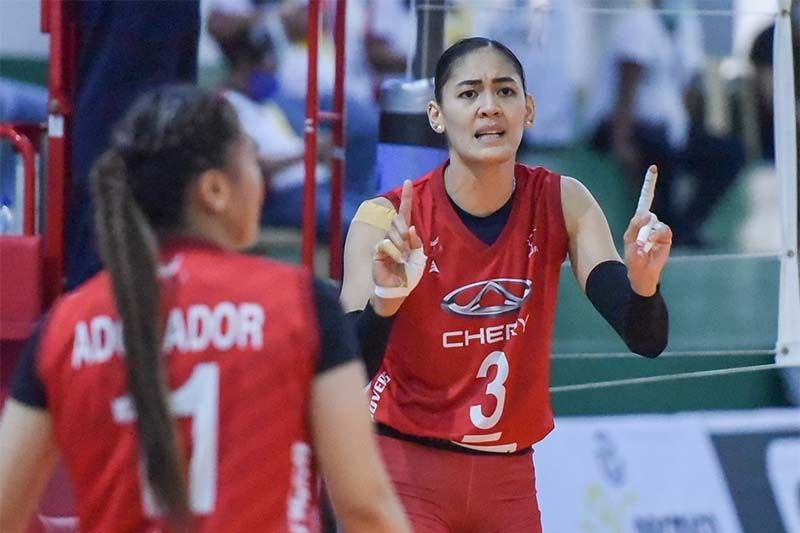 MANILA, Philippines — It’s time that those old images and misconceptions of an underachieving Jaja Santiago be replaced. That pundits that point to is her NU teams being unable to win the UAAP and her swan song in the collegiate circuit being a tear-filled on against the hands of La Salle.

They either conveniently forget or blindly gloss over the fact that she is a champion and many-time titlist in her own right.

Jaja was a part of two Shakey’s V-League and one Premier Volleyball League collegiate champions with National University, a Shakey’s V-League title with PLDT, and a two-time Philippine Super Liga champion with the Foton Tornadoes. She crossed the ocean to play semi-professional volleyball for the Saitama Ageo Medics where she led them to the V.Cup championship.

Today, she is a champion with Chery Tiggo (formerly known as the Foton Tornadoes) and has earned the distinction of winning as an amateur and as a professional. Furthermore, Jaja was named the PVL’s Open Conference and Finals Most Valuable Player.

And that isn’t counting the closet filled with individual awards she has carted home in various alphabet soup leagues.

When a teammate was called for a net touch, she simply shrugged it off and went back to work.

What made the victory sweeter was how they came from behind to win it.

When the tournament began, they opened in style with a pair of three-set sweeps of PLDT and Cignal. Then they were stunned by BaliPure in five sets.

They promptly returned to business in their next match with another three-set conquest of Perlas with Jaja leading the way with 15 points.

They fell once more to Sta. Lucia and in five sets as well, but their bounce back was a 3-1 whitewashing of Creamline. Talk about bouncing back.

They swept Petro Gazz, Army and Choco Mucho then took down the latter in the best-of-three semi-finals.

In the finals, they went down by one game to Creamline before winning the next two games.

Chery Tiggo won 11 of 14 matches and were hard to beat. Choco Mucho was the only team to take them down 3-0.

Two sets down and she leads them right back into the championship.

For those who remember her tears of disappointment, let that image of Jaja Santiago screaming and tearing up while on her knees following championship point. Of her hugging her teammates and then later her opponents over at Creamline.

Jaja Santiago is not only a winner and a champion, but right now, she’s the best volleyball player in the land.

Let that image graft itself on to your mind’s eye.