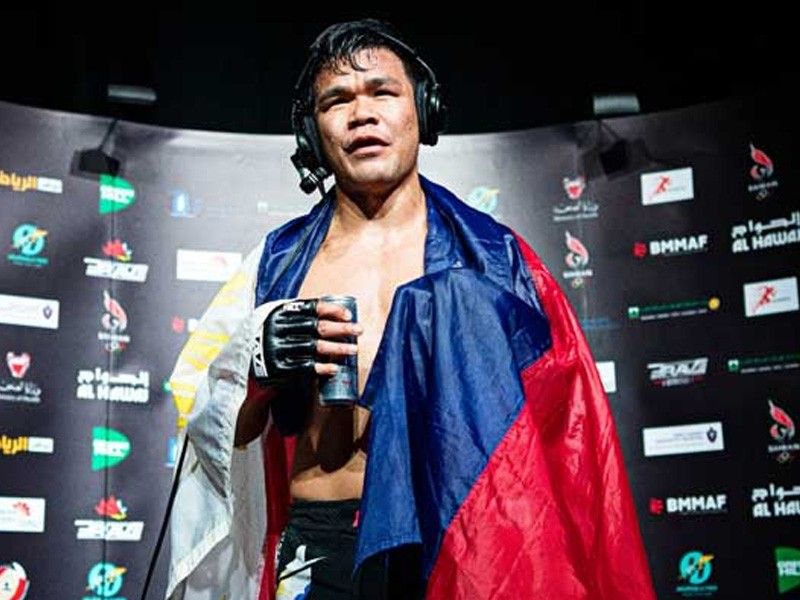 MANILA, Philippines – Filipino fighter Rolando Dy has signed a new and exclusive three-year deal with a guarantee of five bouts with the Brave Combat Federation, the same fight outfit that named him 2020 Fighter of the Year.

“This organization took care of me when I was at the lowest point of my career as a professional fighter,” said Dy, son of boxing legend Rolando Navarrete. “Without hesitation, they gave me the opportunity to write a new chapter in my story as a combat sports competitor.

“Here I am today, one of the best fighters on their roster and in the world,” he added.

The 29-year-old Dy made his first Brave CF appearance four years ago but blossomed last year when he beat Maciek Gierszewski and John Brewin that improved his record to 14-9 (win-loss) while earning him Fight of the Year honor.

“It’s an honor to represent this organization on the global stage of this sport. I will surely do my best to give the fans and my supporters a performance to remember every time I step inside the cage,” Dy added.

An encounter with division kingpin Amin Ayoub for the Brave CF lightweight world championship could be on the horizon for Dy later this year.

“I want that title shot in 2021. But if Brave CF thinks I have to prove it again, then so be it. I really don’t mind. Line them up and I will keep knocking them down,” he stated.

KJ: Only 6.1% of population has registered for vaccine so far

Twitter to boot users who persist with COVID-19 lies

'Minor' side effects from Sinovac experienced by 20 vaccinees