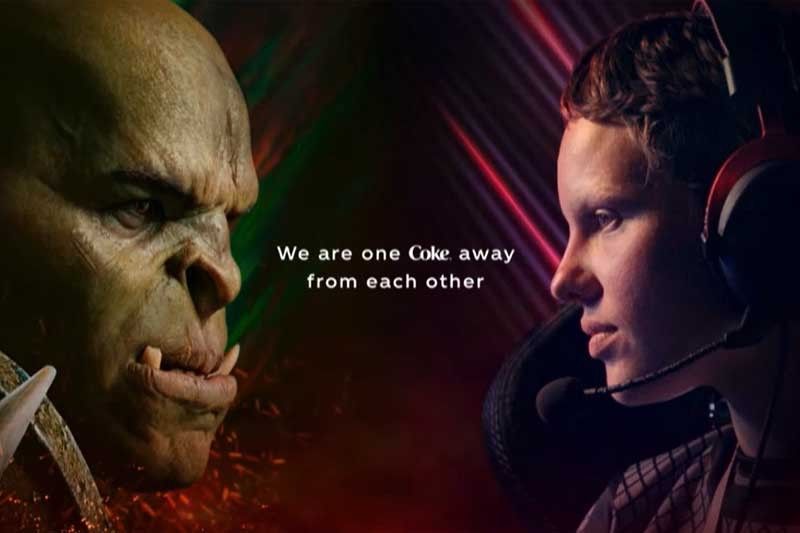 The new brand platform was created from the experience of the past year, highlighting the "magic all around us when we come together".

With the launch of Real Magic, comes also the new campaign “One Coke Away From Each Other”.

The campaign made its introduction via a film posted by the company last September 26, featuring a gamer and their avatar uniting and showing a sense of camaraderie.

The video, which featured gamers DJ Alan Walker, Team Liquid’s Aerial Powers and Average Jonas is just the beginning of Coca-Cola's foray into the esports community.

“The Real Magic philosophy is rooted in the belief that dichotomies can make the world a more interesting place — a world of extraordinary people, unexpected opportunities, and wonderful moments," said Chief Marketing Officer for The Coca-Cola Company, Manolo Arroyo.

He adds, “Through the Real Magic platform, we ultimately want to engage people very differently through an ecosystem of unique and ownable experiences. 'One Coke Away From Each Other' has been built for, and with, a community that demands something different than what they may have come to expect from Coca-Cola. In developing this campaign, we’ve partnered with the best creators, with gamers, with Twitch, and with others to find our place in a reality unlike any we’ve known before. That’s tremendously exciting.”

The campaign is set to include a digital code hunt starting on October 11 where people can win gameplay sessions with celebrity gamers. In partnership with Twitch, streamers will also provide an additional ten codes. Codes entered through a micro-site will award prizes to consumers in participating countries, including the Philippines.

"The special link that gamers have with their avatars could be very strong. When you play as a character for a long time, it becomes a part of yourself. Having the incredible universe of Coca-Cola meet the universe of gaming around a powerful story, to me, it feels like real magic." said  Stephane Xiberras of the advertising agency BETC Group who Coca-Cola partnered with for the campaign.

For Twitch, the collaboration is a welcome one. "[This] means so much to the gaming community. It is totally a myth that brands aren't welcome in the gaming space," said Sarah Iooss, Head of Sales, Americas at Twitch. "In the Twitch community, people spend so much time watching their favorite creators. They support them. They chat with them. These true bonds really form. There is this vitalness to gaming right now, especially over these last 18 months were many of us have been at home and isolated. You've sort have seeing gaming come front and center. It cemented this concept that gaming is shared."