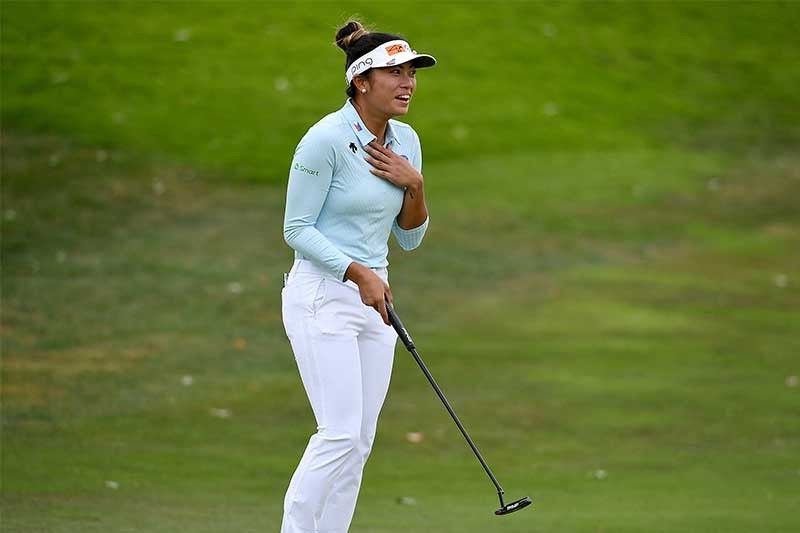 MANILA, Philippines – Filipino golfers Bianca Pagdanganan and Dottie Ardina couldn't get their game going in the third round of the Cambia Portland Classic in Oregon with play suspended due to rain on Saturday (Sunday, Manila time).

Pagdanganan and Ardina, currently joint-20th and joint-57th in the leaderboard, respectively, were forced off the course along with the rest of the competition after overnight rain doused the Oregon Golf Club.

In a statement, the LPGA said that course conditions found in the morning, after the venue received more than an inch and a half of rain overnight, coupled with a forecast for further rain, prompted officials to pull the plug on the day.

"Tournament officials will continue to monitor the rainfall and assess the golf course in anticipation of beginning the third round on Sunday (Monday in Manila)," the tour said in a statement.

Donna Mummert, the LPGA's senior manager of rules and competition, told Golf Channel that when officials assessed the course at daybreak they found bunkers as well as several greens and fairways underwater.

With rain still falling in the afternoon, she said, there was no time for the course to drain and allow grounds staff to make repairs.

"We need more drying time and we're just not going to have that today," she said. "We just don't have the playable conditions that we need in order to conduct a competition round today."

Officials will decide before play resumes — and inform players before they tee off — whether to try to squeeze in 72 holes or trim the tournament to a 54-hole event.

Jin-young Ko currently leads the pack with 8-under par. — With reports from Agence France Presse