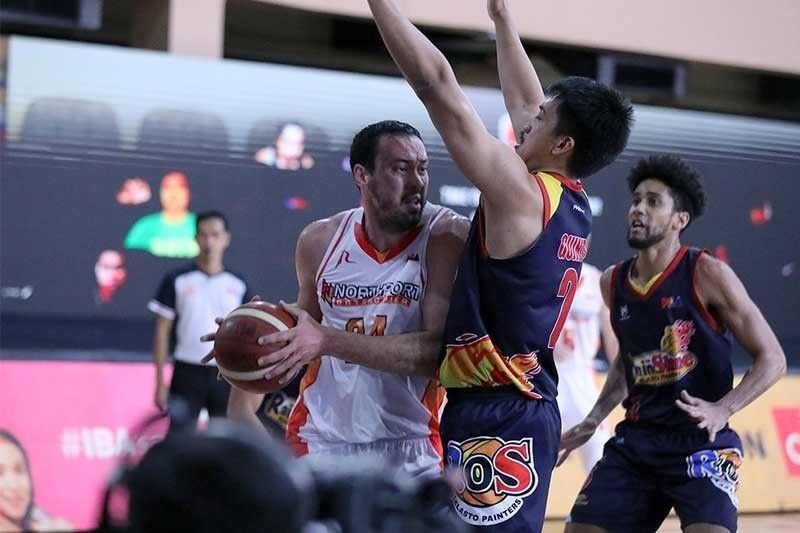 MANILA, Philippines — With Greg Slaughter putting up a dominant performance, NorthPort bounced back with a crucial 91-88 overtime victory over Rain or Shine yesterday in the PBA Philippine Cup in Bacolor, Pampanga.

Slaughter, fully-utilized this time after his criticized endgame benching in an 89-90 heartbreaker to Magnolia last Friday, banged in 25 points that went with 11 rebounds and six blocks as the Batang Pier fanned their quarterfinals hopes at 5-5.

The seven-foot Slaughter scored what turned out to be the overtime-forcing bucket then swatted away Gabe Norwood’s potential game-tying three-point attempt in the last 2.5 seconds of extension to cap his heroics.

“We’re just a team that wants to win. A lot of frustration last time but every time you lose, that makes you hungry next time. We just trusted one another and coach Pido (Jarencio) and we just pulled together and moved to the next one,” said Slaughter.

Jarencio took the blame for the tactical blunder of subbing Slaughter in the dying seconds of the Magnolia game, which backfired as Calvin Abueva scored the buzzer-beating layup.

“I was so apologetic to Greg and the rest of the team. We patched things up and focused on the work at hand,” said Jarencio, whose wards jumped to No. 6.

ROS, which was hurt by James Yap’s three missed free throws in the last 5.6 ticks of OT, finished the elims at 6-5.

In the second game, Paul Lee whipped up a 32-point storm as Magnolia dispatched San Miguel Beer, 100-90, to tighten its grip on third spot and stay in play for No. 2.

The Hotshots (8-3) gave themselves a chance to get the second seed and twice-to-beat advantage. However, second-running Meralco (7-2) must lose its last two assignments for this to happen.

Meanwhile, in the aftermath of its shameful 19-game losing skid, Blackwater effected a coaching change and tapped Ariel Vanguardia in place of Nash Racela.

Vanguardia, the Bossing’s alternate governor, will make his coaching comeback after a previous stint with Phoenix.