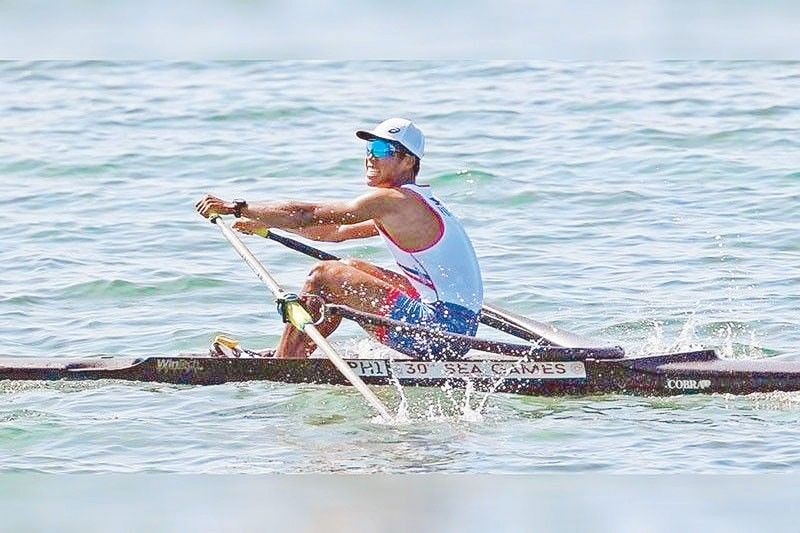 1st Philippine rower in Olympics since 2000

MANILA, Philippines — Chris Nievarez and the rest of the Philippine rowing team arrived in the country last Sunday from what they had thought was a failed campaign in the 2021 Asia Oceania Continental Olympic Qualification Regatta in Tokyo, Japan.

Until the good news yesterday came along: The 21-year-old 2019 SEA Games gold medalist has earned a slot in the Tokyo Games in July.

Nievarez placed ninth overall in the men’s singles sculls but received a berth since Japan, which swept all four events, and Iran, which earned three podium finishes, were allowed only a maximum of two seats each in the coming Olympics.

That left the door open for Nievarez.

“Sobrang saya, hindi ko mapaliwanag. Nagulat ako sa announcement,” said Nievarez. He was set to proceed to La Mesa Dam to resume training after the mandatory quarantine in a Quezon City hotel when told of the positive development.

The last Pinoy rower to vie in the Olympics was Benjie Tolentino in 2000 in Sydney with Ed Maerina, now the head coach, being the first in 1988 in Seoul.

“This is a historic day for Philippine rowing,” said Philippine Rowing Association (PRA) president Patrick Gregorio. “Let this be the start of growth of the growth of rowing in the Philippines. This is our time. It’s time to pick up that oar and learn how to row.”