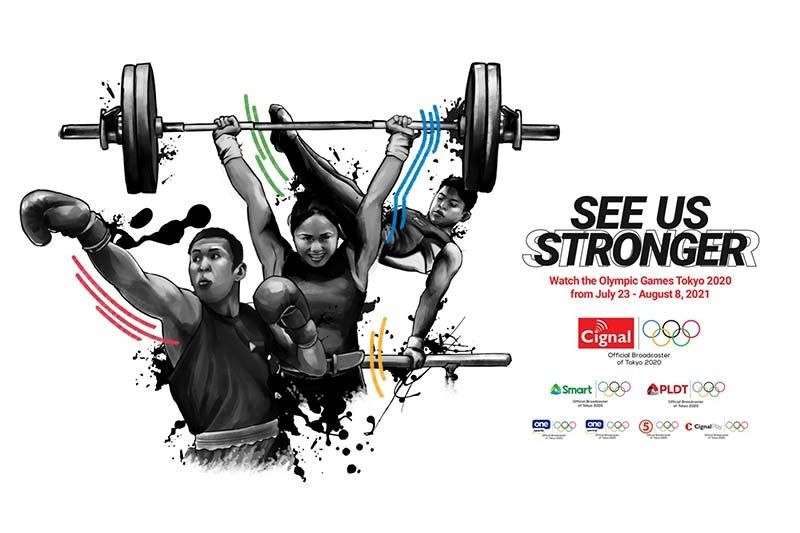 MANILA, Philippines — Creating a comprehensive, multi-platform coverage of the Tokyo Olympics to Filipino audiences is no easy task.

But the MVP group of companies, spearheaded by media firms Cignal TV and TV5, and telcos PLDT and Smart, have taken on the tall task to bring the Summer Games to every Filipino.

Asked about the motivation behind the no-holds-barred approach of the group, giving hope to our country men amid the health crisis came first to mind.

"The motivation was that the Olympics is really a victory for all of us... In these difficult times, we really believed that we needed to deliver a richer, fuller Olympics experience to the Filipino," said Guido R. Zaballero, Cignal TV's Head of Marketing.

"These are trying times, and I think what's most important is that we have to deliver that message of hope to everybody," he added.

The coverage laid out by the group is set to be the first of its kind, with multiple channels — both free and cable TV — set to bring Filipinos to the Tokyo Olympics through its programs; add to that the extensive coverage on mobile platforms brought about by Smart.

Knowing how rich their assets are, the MVP group could only call it a no-brainer to use their resources to share the joy of the Olympics to all Filipinos.

"There is no other group in the Philippines that can mount a coverage like this. When you combine the assets of the groups... when you put them all together, and put that resource behind a global event like the Olympics, kami lang yung kayang makagawa nun," said Smart Senior VP and Head of Consumer Business - Wireless Jane Jimenez-Basas.

"At the end of it, its really just we want to make sure we bring this content to Filipinos," she added.

Expected to be a historical stint for the so far 11-athlete strong Philippine contingent in the Games, Filipinos will be able to catch all the action.