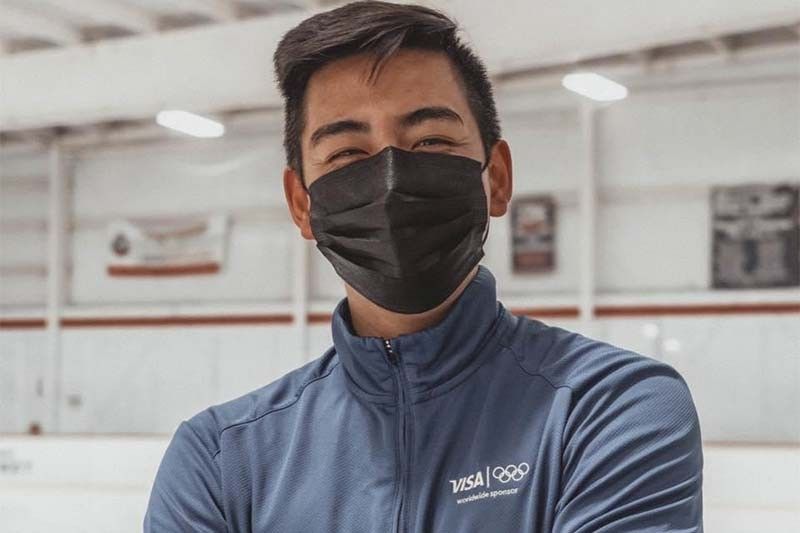 MANILA, Philippines — Filipino figure skater Michael Martinez may have been on a prolonged hiatus, but he's not having any doubts in terms of his chances of representing the Philippines again in the 2022 Winter Olympics in Beijing.

During his guesting on Philstar: Home Base, Martinez bared that though he has been not competing since 2018, much of his time was dedicated to preparing for the Winter Games.

"I'm pretty confident because of the time that we have," Martinez said.

"We have enough time to actually prepare for it, especially now that I'm seeing a lot of improvements," he added.

The 24-year-old represented the Philippines both in the 2014 and 2018 editions of the Winter Games in Sochi and PyeongChang, respectively.

He had his stint in 2018 cut short when he was cut off from the competition in the short program, which owed to his limited preparation time leading up to the games.

Martinez only had two weeks to prepare for his second straight Olympics, but this time with a new coach in Nikolai Mozorov of Russia, the Filipino feels more equipped for battle.

"It's honestly a challenge, but my coaches requiring me to do three, four competitions before Nebolhorn [trophy]," Martinez said of his activities leading up to the remaining Olympic qualifiers in Germany.

"There's a lot of competitions here in the US, or in Russia or wherever we are currently training... So far, I think it will be fine, it will be good," he added.

Though confident in his abilities, Martinez has had difficulty in the financial side of his quest for the Winter Games.

Last month, he and his team have set up a GoFundMe page to help ease the expenses Martinez faces as he attempts to bring the Philippines to the Olympics anew.

Martinez bared to Home Base that it had been difficult getting sponsors for his stint amid the pandemic, he also lamented rising prices on getting ice time in skating rinks in the US.

Supporters have already been pouring in the donations to assist Martinez in his goal, but are still ways away from the target of $50,000.

Those interested to aid the figure skater in his quest for 2022 can check out the GoFundMe page here.