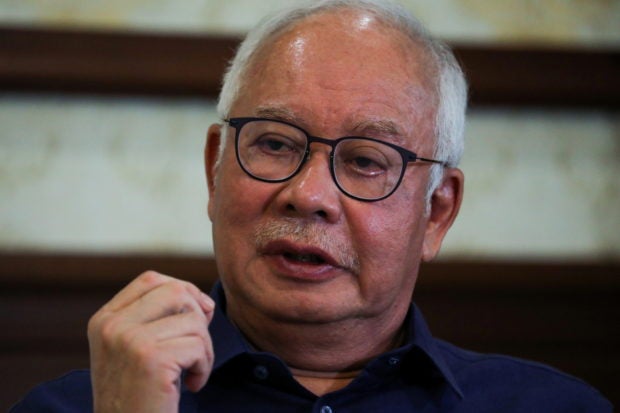 KUALA LUMPUR — Malaysia’s Court of Appeal on Monday granted a request from former prime minister , who was convicted on graft charges last year, to temporarily release his passport so he can attend the birth of his grandchild in Singapore, a prosecutor said.

Najib was sentenced in July 2020 to 12 years’ jail for corruption and money laundering in a case linked to a multibillion-dollar scandal at now-defunct state fund 1Malaysia Development Berhad (1MDB). He has denied wrongdoing and is out on bail pending an appeal.

The court on Monday allowed Najib to retrieve his passport from Oct. 20 to Nov. 22 so that he could be with his daughter who is expected to give birth in Singapore next month, media reported.

A prosecutor in Najib’s case confirmed the reports to Reuters. His lawyer did not immediately respond to requests for comment.

Najib was voted out in 2018 amid public anger over allegations that more than $4.5 billion was misappropriated from 1MDB, a state fund he helped establish in 2009, and that he had received some of the stolen funds.

Dozens of charges were filed against Najib and Rosmah following the election, after police raids found millions of dollars worth of cash, jewelry and luxury handbags in the couple’s homes. Rosmah has plead not guilty and remains on trial.

Travel bans were also imposed on the pair, though it is unclear whether they have since been lifted.

Najib has said the charges against him were politically motivated and that he was misled on the source of the funds transferred into his accounts.

At least six countries including Singapore have opened criminal probes into 1MDB.