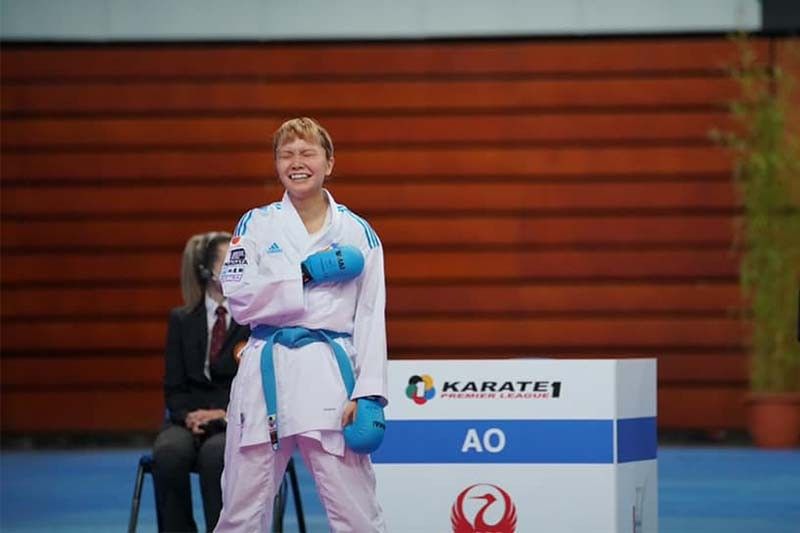 MANILA, Philippines — Filipino-Japanese Karateka Junna Tsukii continues her quest for a spot in the Tokyo Olympics after barging into the Top 10 of the World Karate Federation Rankings for -50kg Kumite.

She jumped seven places in the rankings when she ruled the Karate Premier League in Lisbon, Portugal last weekend — her first gold in a world calibre stage.

However, Tsukii remains third in Asia behind Iran's Sara Bahmanyar and China's Li Ranran, who are ranked third and fourth, respectively.

If Tsukii had overtaken the two Karatekas in the rankings, she would have had an automatic berth to the delayed Tokyo Summer Games.

Interestingly, the Fil-Japanese fighter bested Bahmanyar in Portugal when they faced off in the third round, 2-1.

Tsukii gets one more chance to punch a ticket to Tokyo in the World Qualifiers in Paris, France where she needs to place in the podium in her division to advance.

DILG Soccsksargen director takes over the running of Cotabato town