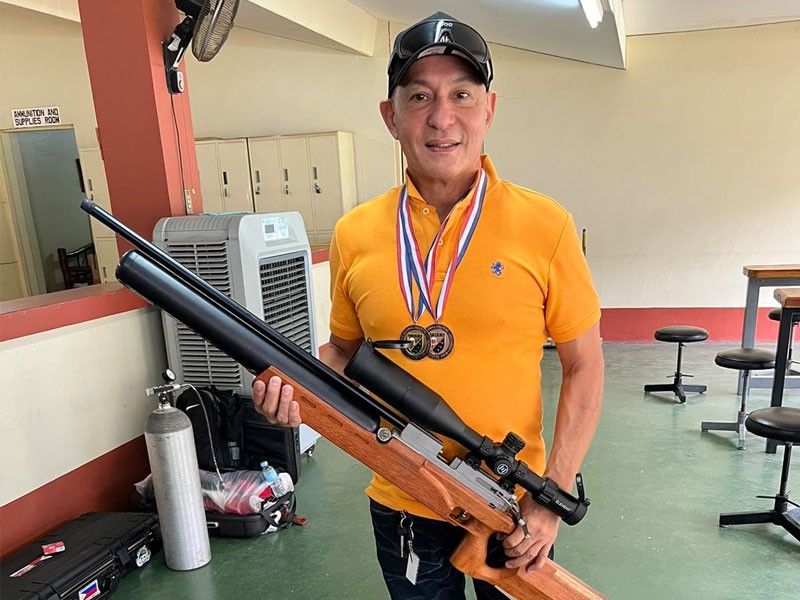 Henares proved to be the best shooter left at the end of the day after scoring 728.25 points to capture the gold medal in the men’s individual light varmint class.

Only one point separated the three top shooters — Richard Cases and Pot Lapus jumped on the lead at the start.

After trailing in the first two shooting cards, Henares focused on the last shooting card and overtook the early leaders to win the competition by a single point.

“I was so lucky to get the extra point despite the unfavorable conditions,” Henares said.

“The wind flags showed only light winds but something was keeping our scores down. I did my best to focus and that last shot just gave me the win,” he added.

Cases claimed silver with 727.31 points while Lapus settled for bronze with 727.19 points.

The discipline of Benchrest rifle requires a shooter to use an Olympic precision rifle to hit a 1mm target at 50 meters.

A Benchrest and scope are also required. The PNSA holds the National Open every year to determine the National champions in each shooting discipline.

Leveraging technology in bringing the future of healthcare to Filipinos