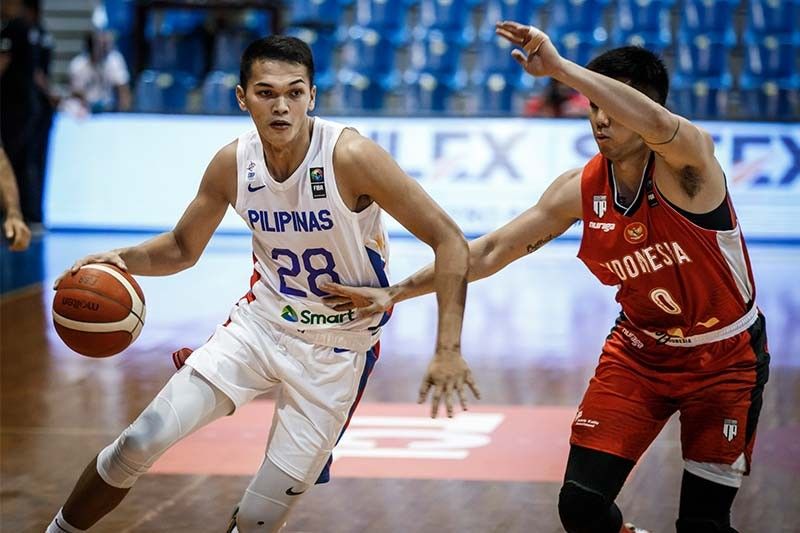 MANILA, Philippines – Gilas Pilipinas used a third quarter surge to rout Indonesia, 76-51, in the third window of the FIBA Asia Cup qualifiers in the AUF Gym on Friday.

After a shaky offensive outing in the first half, the all-cadet Gilas squad went on a 13-0 scoring run after halftime to blow the game wide open.

The Indons were within four, 31-35, after Agassi Yeshe Goantra hit a 3-pointer with 7:49 left in the third quarter.

But Justine Baltazar’s back-t-back triples sparked an offensive onslaught for the Philippines to pull away from Indonesia.

At one point, Gilas held a 25-point advantage in the last few minutes of the fourth period.

Baltazar and Ange Kouame had 11 points each to pace Gilas. All but one player for the Nationals scored in the win.

Dwight Ramos had 10 points to complete the troika of Gilas stars in double figures. He also pulled down 12 rebounds.