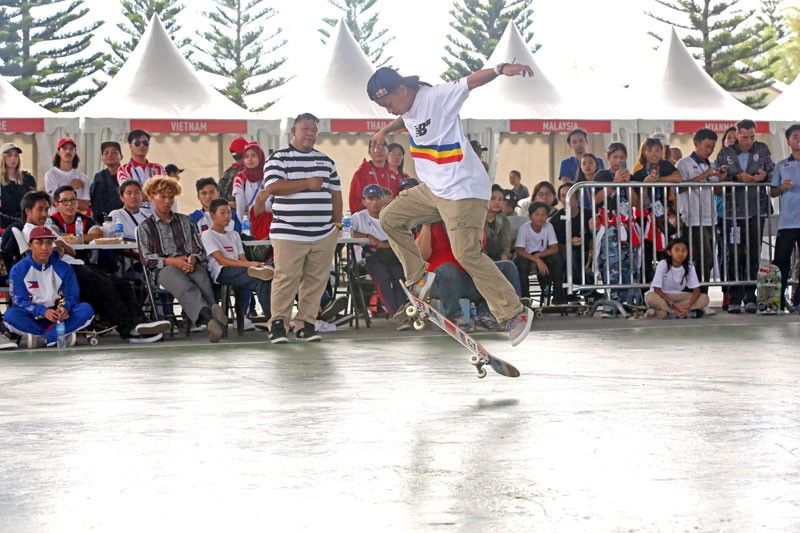 MANILA, Philippines — Filipina skateboarder Margie Didal flew to the United States to join a pair of Tokyo Olympics qualifying competitions starting with the Iowa Dew Tour slated May 7 to 23 in Des Moines.

From there, the Asian and Southeast Asian Games gold medalist will fly to Rome, Italy for the World Championship 2021 where she has a chance to qualify outright to Tokyo in July if she ends up finishing in the top three.

Even if the 21-year-old Didal fails to finish in the top three in Rome, she will remain on course to make the Olympic cut assuming she maintains or improves on her current world ranking of No. 14 since the top 20 will earn berths to Tokyo.

Before Des Moines, Didal will train and compete in some pocket tournaments in California.

Another Filipino Olympic hopeful, Kiko Francisco, will join Didal in Des Moines although the latter will be the country’s lone bet in Rome.