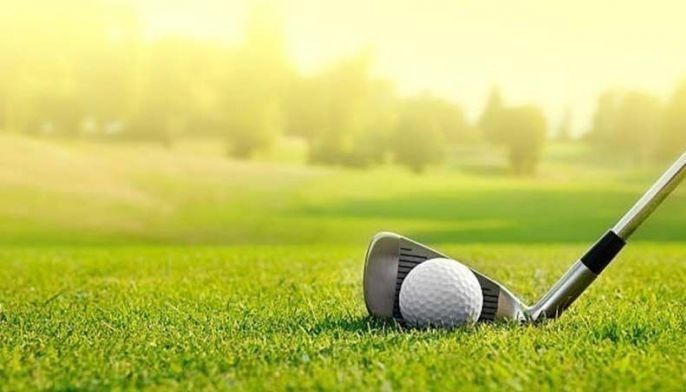 MANILA, Philippines — Abby Arevalo, focusing on the lessons learned from a seasoned campaigner, overcame an erratic start and salvaged a 72 as she got back into the thick of things while Pauline del Rosario barely kept herself in the target bracket with a 73 as the Filipina bets struggled in a switch of courses in the second round of the LPGA and Symetra Tour Qualifying Tournament Stage II in Venice, Florida Friday.

Arevalo, who matched del Rosario’s 71 at the Panther course of the Plantation Golf and Country Club in a late start Thursday, faced blowing a decent opening day effort with three bogeys in the first three holes at the back of the Bobcat layout despite an early tee-off. But she checked her skid in time to shoot three birdies the rest of the way and save an even-par card that however dropped her to joint 38th.

“Ate Dottie (Ardina) went along with me in one of my practice rounds and I’m so lucky to learn key tips from her,” said Arevalo, referring to fellow ICTSI-backed pro, who is a veteran of the Symetra and LPGA tours.

“After my round, I had the pleasure of speaking with her and we both agreed that I was being too careful with my first four holes which made me produce shots that were so unlike me,” added Arevalo, who opened with back-to-back bogeys and dropped another stroke on No. 13 to fall off the rankings after she and del Rosario tied for 33rd after 18 holes.

But she birdied No. 14, gained another shot on the 17th then birdied the par-3 No. 3 before closing out her stint with a run of pars though she stood nine shots off new leader Ruoning Yini of China with a 143.

“Honestly, I think I’m capable of shooting low in the two courses so I was not thinking about hard holes since they all are tough. I am just focused on the situation infront of me shot for shot.”

She also rued her shaky putting but vowed to do better in the last 36 holes in an attempt to bolster her bid for one of the Top 45 plus ties into the Q-Series, the final phase of the exacting three-part elims.

“After my rusty first four holes, I had plenty of putts within 15 feet and I feel like I could’ve shot better if I dropped more putts. I even missed a four-footer for birdie,” she said.

“Though I’m upset with my putting, I’m just going to move on and play my best. It will come.”

Del Rosario likewise expects to come up with more solid putting in the last two rounds after struggling on the tricky surface of both courses for the second straight day. After a two-birdie, one-bogey round Thursday, she fumbled with a two-bogey, one-birdie card for a 73 and slipped to joint 45th with a 144.

“The putts just wouldn’t drop. I missed going up-and-down twice (Nos. 7 and 18) while making a birdie on No. 16 from 12 feet,” said del Rosario. “I just have to give myself more opportunities to score for the next two days.”

The Pinay pair will be back at the Panther layout for the third round with del Rosario starting out at 8:33 a.m. on the first hole with England’s Anita Uwadia and amateur Brooke Matthews of the US, and Arevalo drawing another late tee-time at 1:16 p.m. with Aussie Julienne Soo and American Karen Kim on No. 10.

Yin, meanwhile, took charge with a fiery bogey-free 65 as she stormed to a three-stroke lead over Americans Maddi Caldwell-Young and Gaby Lemieux and erstwhile solo leader Pauline Roussin-Bouchard of France with a 10-under 134 aggregate.

Caldwell-Young shot a 66 to gain a share of second at 137 as Lemieux carded a 69 and Roussin-Bouchard slowed down with a 70 after a 67.