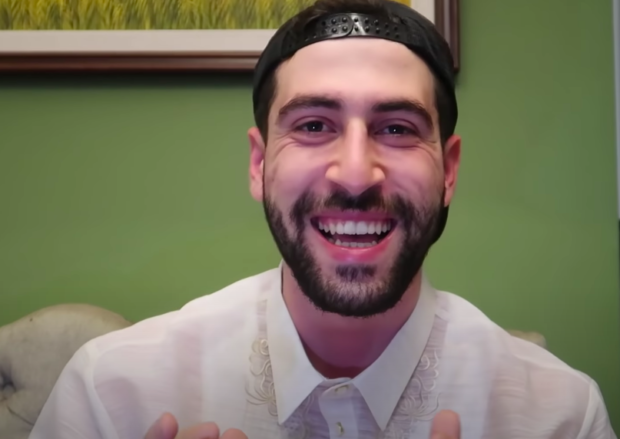 YouTube vlogger Basel Manadil, most famously known as The Hungry Syrian Wanderer, revealed that he is now a Filipino citizen—an apt status for someone who calls himself the “adopted son of the Philippines.”

Manadil fittingly made the revelation on Independence Day, June 12, in a vlog titled “I am FILIPINO,” which has so far gained over 880,600 views on YouTube.

“I want to share to you very important news today that I’ve never talked about before, mga tao,” said Manadil, who dons a Barong Tagalog in the video. He admitted that it was his first time to wear one.

Before revealing his Philippine passport, Manadil shared some footage he filmed back in 2019 when he went to the Department of Foreign Affairs.

“Finally! I made it. I’m gonna stay in this country. This is amazing guys,” Manadil said in the old video, when he was in the process of acquiring his Filipino citizenship at the DFA.

Back to the present time, Manadil then shared for the first time his Philippine passport to his fans.

“Look at this. Filipino ‘yern (iyan) mga tao. You see, kalbo ako dyan (That’s a Filipino, everyone. You see, I am bald here),” said Manadil, who was showing his passport photo to the camera.

He noted that while he has had the passport since 2019, he only shared it now because when he got it then, he “wanted to have that moment” for himself.

“I am considered Filipino. And my blood is Filipino plus, so hindi negative tayo, mga tao (so I am not negative guys), it’s a plus,” he joked.

The said vlogger fled his country during the Syrian Civil War and found a new home in the Philippines, where he studied at the University of Perpetual Help. He has been in the country for eight years now.

In 2016, he started his YouTube channel, The Hungry Syrian Wanderer, where he vlogs about his travels in different countries and his most memorable experiences with Filipinos.

Manadil so far has around 4.3 million subscribers on YouTube, where he also advocates animal welfare, aside from doing charity work for fellow Filipinos.  /ra