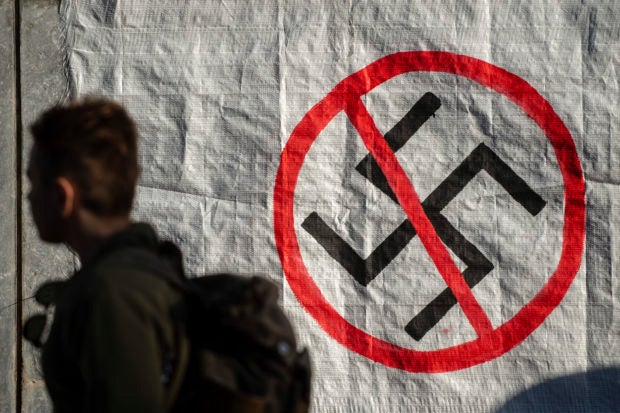 WASHINGTON — A swastika was found carved
into the wall of a U.S. State Department elevator, a spokeswoman
said on Tuesday, prompting an investigation into how the
of Nazi hate ended up in the seat of American diplomacy.

State Department spokeswoman Jalina Porter told reporters
that the swastika was discovered late on Monday and that
Secretary of State Antony Blinken has addressed the incident
with department staff.

“This hateful graffiti has been removed and this incident
will be investigated. As the secretary has shared with a message
to all of our employees, this is completely abhorrent. It’s a
painful reminder that anti-Semitism isn’t a relic of the past,
it’s still a force that we’re dealing with in the world and
unfortunately we’re dealing with it close to home,” Porter said.

The State Department is working on the nomination of a
special envoy to combat anti-Semitism, Porter said, adding that
it hopes to have person in place soon.

The incident was first reported by Axios, which said the
swastika was in an elevator near the special envoy’s office.

The swastika, originally an ancient Hindu religious symbol,
was adopted by Germany’s Nazi Party and became a symbol of
far-right hatred.