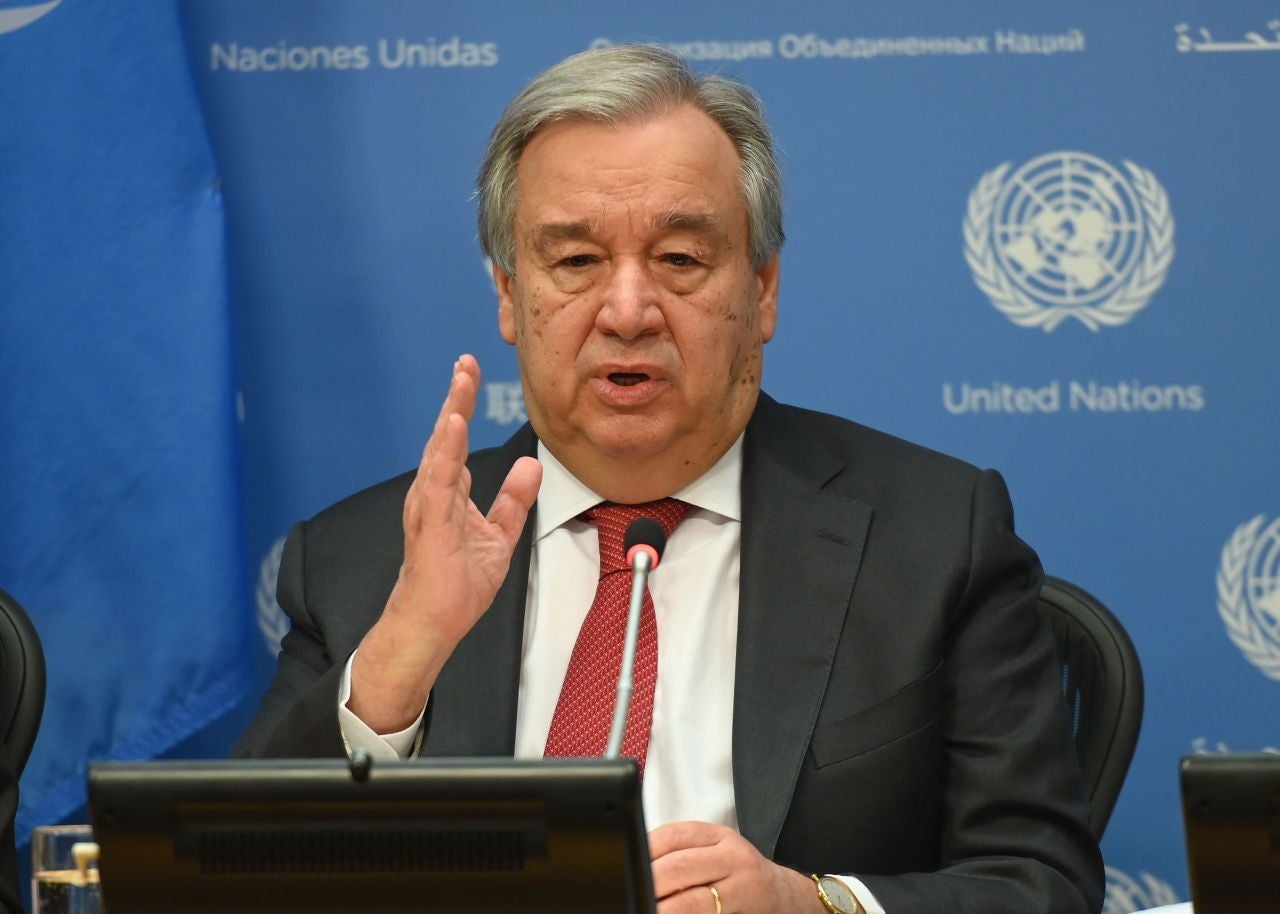 The comments came as Israel pummeled the Gaza Strip with air strikes, killing 10 members of an extended family and demolishing the 13-floor Gaza building housing Qatar-based Al Jazeera and The Associated Press news agency, with Palestinian militants firing back barrages of rockets.

“The Secretary-General is dismayed by the increasing number of civilian casualties, including the death of ten members of the same family, including children, as a result of an Israeli airstrike last night in the al-Shati camp in Gaza, purportedly aimed at a Hamas leader,” his spokesman, Stephane Dujarric, said in the written response to questions on the Israeli air strikes in Gaza.

Guterres was “also deeply disturbed by the destruction by an Israeli airstrike today of a high-rise building in Gaza City that housed the offices of several international media organizations as well as residential apartments,” Dujarric continued.

“The Secretary-General reminds all sides that any indiscriminate targeting of civilian and media structures violates international law and must be avoided at all costs,” he said.

Israeli air and artillery strikes on Gaza since Monday have killed 145 people including 41 children, and wounded another 1,100, health officials say, the worst violence in the region since 2014.

Palestinian armed groups have fired at least 2,300 rockets at Israel, killing 10 people, including a child and a soldier, and wounding over 560 Israelis. Israeli air defenses have intercepted many rockets.

US Secretary for Israel-Palestinian Affairs Hady Amr was to hold talks Sunday with Israeli leaders before meeting Palestinian officials to seek a “sustainable calm,” the State Department said.

The UN Security Council was to meet Sunday to discuss the violence.

Village official gunned down in Bulacan