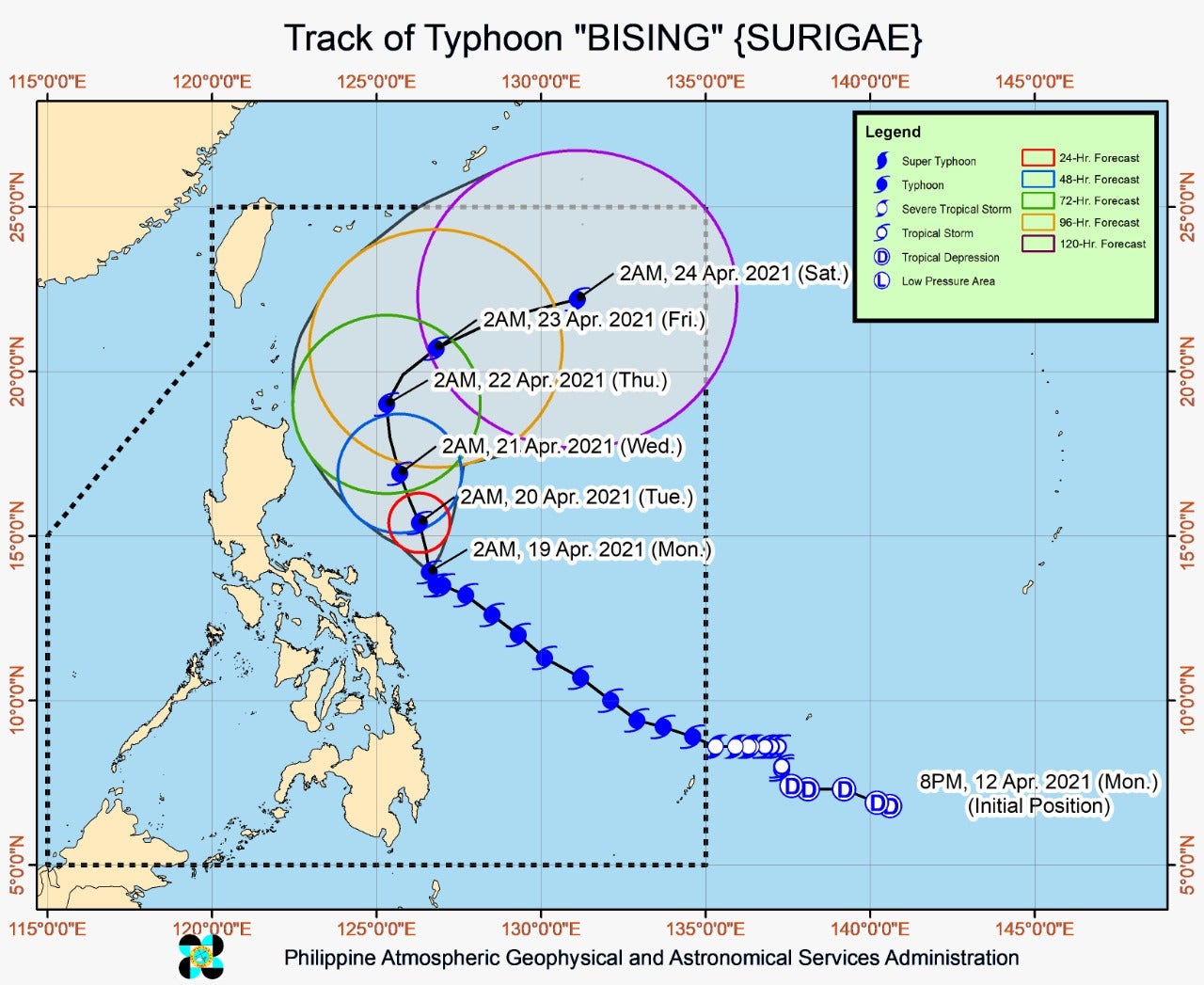 MANILA, Philippines — Typhoon Bising maintained its strength as it moved north-northwestward over the Philippine Sea but is expected to “gradually weaken,” the state weather bureau said Monday.

Afterwards, the typhoon will move generally northeastward or east-northeastward away from the landmass of Luzon.

The typhoon is forecast to gradually weaken from its current intensity throughout the remainder of the forecast period.

The typhoon is moving north-northwestward “slowly,” with maximum sustained winds of 195 kph near the center and gustiness of up to 240 kph.

Pagasa said “moderate to heavy with at times intense rains” should be expected in Bicol Region, Northern Samar, Samar, Eastern Samar, Biliran, and the northern portion of Leyte.

“Under these conditions and considering the antecedent rainfall over the aforementioned areas, flooding (including flashfloods) and rain-induced landslides are increasingly likely to occur especially in areas identified in hazard maps as highly or very highly susceptible to these hazards,” Pagasa said.

Winds of greater than 61 kph and up to 120 kph may be expected in at least 24 hours in these areas.

Duterte: What has opposition done for PH during pandemic?

Locsin asks past admin: If Scarborough Shoal was ours, why did you withdraw?

Duterte spends day off with Quiboloy

ISS astronauts splash down off Florida on SpaceX craft

Unused COVID shots piling up in Japan amid slow rollout

Just more than half of U.S. adults have gotten at least one COVID-19 vaccine dose -CDC