There's enough oxygen for everyone in Thailand, says exec 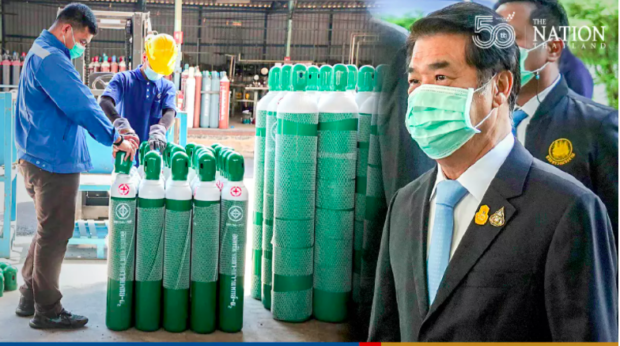 BANGKOK — Thailand’s supply of medical oxygen is adequate for the current demand and people should not worry about shortages, Industry Minister Suriya Juangroongruangkit said on Monday.

He was speaking in response to the fact that people have started hoarding oxygen canisters, fearing shortages now that the number of

“The ministry’s Department of Industrial Works has contacted industrial gas manufacturers under the Federation of Thai Industries, gas-filling factories as well as gas container manufacturers about their current capacity and all have confirmed that they can produce enough medical oxygen for people’s needs during the outbreak,” he said.

“Currently we have 15 factories manufacturing oxygen at 1,860 tonnes per day. They are located in Ayutthaya, Saraburi, Chonburi, Rayong, Songkhla, Lamphun and Chiang Mai,” added Suriya. “In August a new factory will open in Rayong, driving the country’s total capacity to 2,200 tonnes per day.

“The department reports that country’s total oxygen demand is at 1,260 tonnes per day on average. Of this, the industrial sector consumes 660 tonnes daily, while the medical sector requires 400 to 600 tonnes daily,” Suriya said.