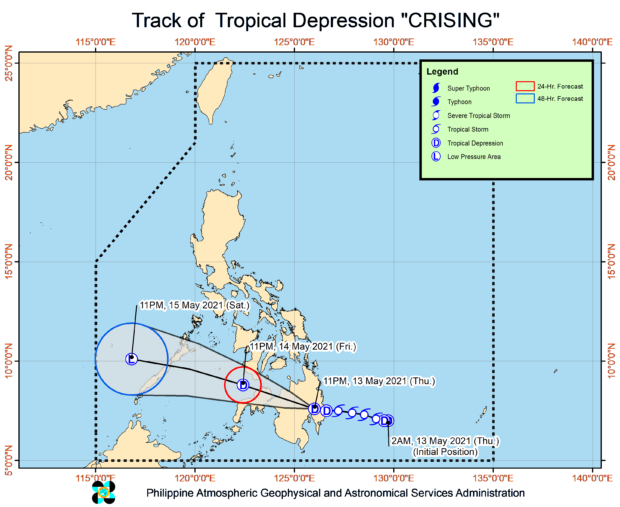 The state weather bureau said that as of 7 a.m., Crising was located in the vicinity of Marawi City, Lanao del Sur with maximum sustained winds of 45 kilometers per hour (kph) near the center and gustiness of up to 75 kph.

It is moving west-northwest at 15 kph.

“Under these conditions, isolated flash flooding and rain-induced landslides are possible during heavy or prolonged rainfall especially in areas that are highly or very highly susceptible to these hazards as identified in hazard maps,” Pagasa said.

Tropical Cyclone Wind Signal No. 1 is up over the following areas:

Pagasa said strong breeze conditions are likely over the areas under TCWS No. 1, especially in the coastal and mountainous areas.