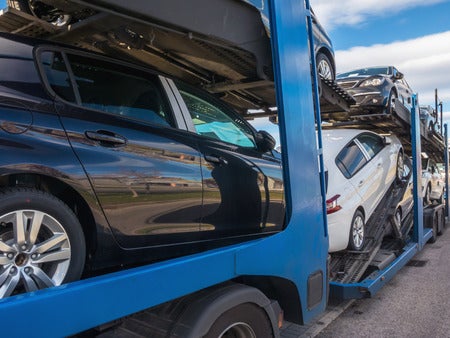 Notwithstanding a tax to safeguard the interests of local manufacturers, vehicle importers saw sales volume increase by a whopping 293 percent to 4,864 units in May.

In a statement, the Association of Vehicle Importers and Distributors Inc. (Avid) said the hike could be attributed to the “gradual reopening of the economy and less restrictive quarantine measures.”

The May figure was better than the 1,239 units sold in the same month last year. This also marked an 8-percent increase from the previous month.

Total sales in the first five months of the year reached 25,217 units, a 59-percent increase from the 15,811 units sold in the same period a year ago.

The Department of Trade and Industry (DTI) imposed a safeguard duty in February to protect the interest of local workers in car factories. A DTI investigation showed a surge in imports had been hurting jobs in local factories.

Importers now pay an additional P70,000 for every passenger car unit and P110,000 for every light commercial vehicle. The duties were benchmarked against the industry’s performance from 2014 to 2018.

Data from both carmakers and importers showed that the industry managed to grow sales despite earlier warnings the tax would derail the industry’s recovery efforts in the middle of a pandemic.

Unlike with previous safeguard measures, this latest tweak in the import duty was not supported by local big players, like Campi’s Toyota and Mitsubishi and Avid’s Hyundai Asia Resources Inc.

The duties, which unionized workers had sought, will last for six months unless the Tariff Commission validates the DTI’s findings at the end of its investigation. There is a possibility the duties may last longer, or from four to 10 years.

“The move to impose provisional safeguard measures on imported vehicles is like pulling the rug from under the auto sector that is still struggling to get back on its feet with a 40-percent drop in sales in 2020,” said Avid president Ma. Fe Perez-Agudo in a statement back in January.

Car and truck manufacturers reported selling 22,062 units in May, up 360.8 percent versus the same month a year ago.

Data from the Chamber of Automotive Manufacturers of the Philippines Inc. and Truck Manufacturers Association showed sales in the first five months grew 58.7 percent to 110,217 units. INQ