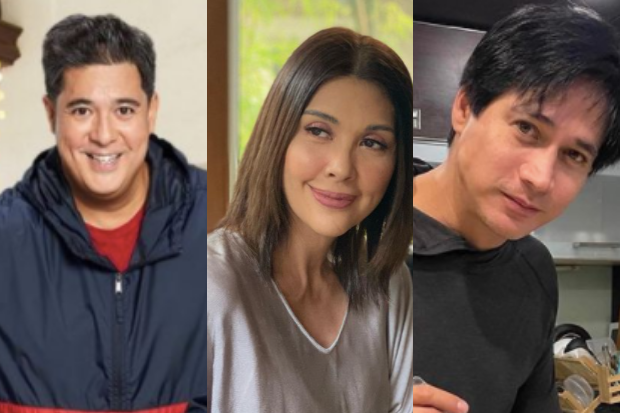 Speculations that Pops Fernandez had relationships with Aga Muhlach and Piolo Pascual have been circulating for years, and the singer finally confirmed that the two are indeed her exes.

Fernandez made these revelations in her “Jojowain o Totropahin” challenge with her friends, as seen on her YouTube channel yesterday, Dec. 1. In the game, Fernandez and her three women friends had to say if they would prefer to have a certain man as a partner or a friend.

Pascual was one of the actors mentioned during the game. Fernandez pointed out that she would prefer to have the actor as her boyfriend since they already have a past.

“Na-jowa ko na siya, so jojowain. Jowa lang ha (He was my boyfriend before, so I would choose a relationship. Just as a boyfriend),” she said.

Meanwhile, when Muhlach’s name came up during the game, the singer was asked by her friends to tell the truth.

“Totropahin,” Fernandez answered, leading her to be teased for lying and being “plastic.”

Fernandez then explained her answer, noting that Muhlach is already an ex-boyfriend so she chose to be friends with him instead.

Fernandez, dubbed the Concert Queen, was previously married to fellow singer Martin Nievera. Their marriage was annulled in 2000. They have remained on good terms while co-parenting their two children. Fernandez has since dated actor Jomari Yllana and model Brad Tuvey.  /ra