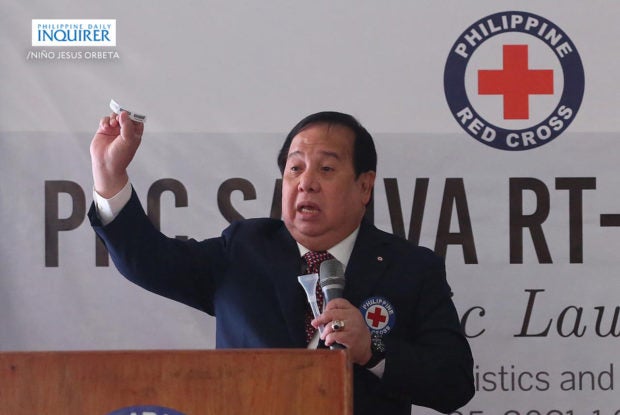 Senator Richard Gordon, PRC chairman, said the opening of the PRC branch will enable them to make a difference in more people’s lives.

“We harness the power of humanity to see to it that we are always there when needed,” said Gordon who was the virtual guest speaker at the inauguration and blessing of the PRC Silay City branch.

“It is  important to have a PRC branch in every city to have quick reaction forces when needed,” he added.

Gordon urged young people to join the PRC Youth because it inculcates in them the value of being humanitarian, or being somebody who cares.

“That is something that we in this country do not have too much of right now because everybody has become self-centered. Hardly anybody listens now a days because they are always  looking at their cellphones, at social media,” he said.

Negros Occidental Gov. Eugeno Jose Lacson said the opening of the PRC Silay Branch is a step forward towards expanding the Red Cross services in the province.

“The PRC has been essential and vital to our collective goal of saving lives. Now that we are in this unprecedented global health crisis, the importance of the role of the Red Cross has gone more pivotal than ever,” he said.