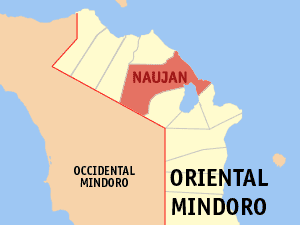 CITY OF CALAPAN—A town in Oriental Mindoro was declared under state of calamity on Monday through a resolution passed by the Naujan Municipality Disaster Risk and Reduction Management Council (MDRRMC).

The initial estimate of losses in agriculture and infrastructure were placed at P132 million, he said.

“Desilting of rivers in Naujan [is] urgently needed because we are approaching typhoon season,” he said after earlier appealing to the national government for help.

The organization Batang Naujan said in a statement that “illegal tree cuttings, several quarrying operations, illegal mining and destructive operation of a hydro plant of Sta Clara Corporation in Naujan mountain” are causes of frequent floodings.

“The root of the problem is lack of concerted effort to come up with a permanent solution to this huge Mindoro problem on the environment,” said Ross Delgado, spokesperson of Batang Naujan.