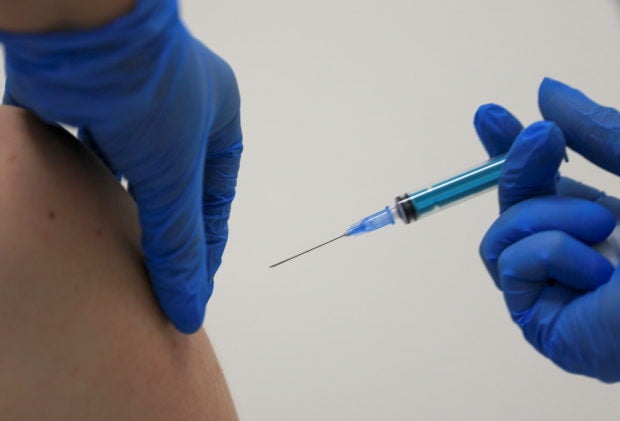 MANILA, Philippines — The local government of Manila would soon have its own drive-thru COVID-19 vaccination facility, as Mayor Isko Moreno announced that it would be launched at the Luneta Park on Saturday morning.

Moreno said during his live briefing on Thursday that interested individuals can register for the drive-thru facility using the same vaccine pre-registration site for Manila.

After logging in, users will then see a flashing red banner at the top of the webpage, which indicates that vaccines are available at the drive-thru scheme.  A blue banner indicates that supply has run out.

“A message will be sent to you, at ‘yon naman ang gagamitin ninyo, pagpunta ninyo sa Luneta,” he added.

Moreno implied that the idea arose after Manila residents were left to endure the rain and floods just to get the vaccination facility — an issue that was mentioned by President Rodrig Duterte in his last State of the Nation Address.

“Reserve your slot in drive-thru vaccination, I’m excited for you, maraming salamat […] We are trying to make vaccination comfortable, we will not stop, we will continue to adopt,” he added.

But for Saturday, the facility can only accommodate 100 vehicles, with a maximum of four possible vaccine-recipients per vehicle.

The facility would be different from the joint Manila and Office of the Vice President’s Vaccine Express initiative, which is a drive-thru vaccination site but intended for economic frontliners like courier delivery services and tricycle drivers.

The government is banking on vaccines to resume normalcy in the country, racing against a possible surge brought by the dreaded Delta variant.  As of Wednesday, the Philippines has already administered 18.1 million anti-COVID-19 vaccines after a record-high 659,000 jabs in a single day.

Of the 18.1 million doses, 11.3 million are first doses which means 6.8 million Filipinos are fully vaccinated.

Vaccination would be key in preventing another COVID-19 surge, especially as Moreno himself warned that the Delta variant may already be spreading undetected in Metro Manila.

The Delta variant, first seen in India, has been characterized by increased transmissibility which led to record-breaking surges in the said country during the second quarter of 2021, and the recent surge Indonesia is experiencing.

The has led health experts across the globe to monitor the Southeast Asian country as cases soar higher than previous surges.