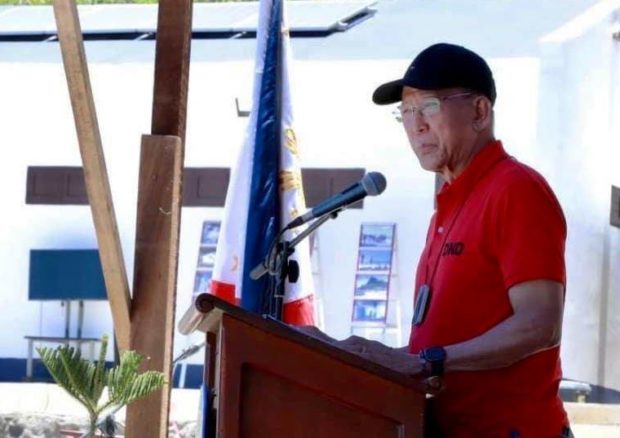 MANILA, Philippines—Defense Secretary Delfin Lorenzana on Monday (June 21) gave assurance to retired men in uniform that their welfare was priority as officials hammer out changes in the military pension system.

“We will make sure that on top of our priority in discussions with legislators is the welfare of our retirees,” Lorenzana said in a statement.

“Looking after the welfare of our soldiers is one of the key mandates of the Department of National Defense,” he said.

“This includes ensuring that they receive the appropriate retirement benefits that are due them for their years of honorable and dedicated service,” he added.

Last week, an open letter written supposedly by an anonymous retired soldier about revisions that would be made on the pension system circulated on social media and was shared by active and retired uniformed military personnel.

“We thank those who gave us the opportunity to do so by assuring that we will have enough after we folded our uniforms. Enough TIME. Enough MONEY, Enough LIFE to ENJOY,” a part of the letter read.

“Please do not take that glimpse of FUTURE that we always look upon every time we close our eyes to rest. The FUTURE that often fueled us to go on, even though it’s hard to keep on going,” it said. “We hope, as you think of what our FUTURE would become, do not forget what that means to us,” it added.

Revisions in the military and uniformed personnel pension system are currently being discussed in Congress. Lawmakers were working on making it more financially sustainable.

Lorenzana said there was a need to fix the pension system with the goal to make it more self-sustaining and less financially burdensome for the government.

He said the current pension system that is being subsidized by the government will eventually become “unsustainable” and become “a huge burden to our taxpayers.”

“A careful study of our fiscal situation, gathering of suggestions from concerned stakeholders especially in our armed forces, and further deliberations will be undertaken and considered to fine-tune the proposed bill,” he said.

A study of the Government Service Insurance System said that Congress would need to appropriate over P800 billion in the next 20 years if no reforms were made in the current military pension system.