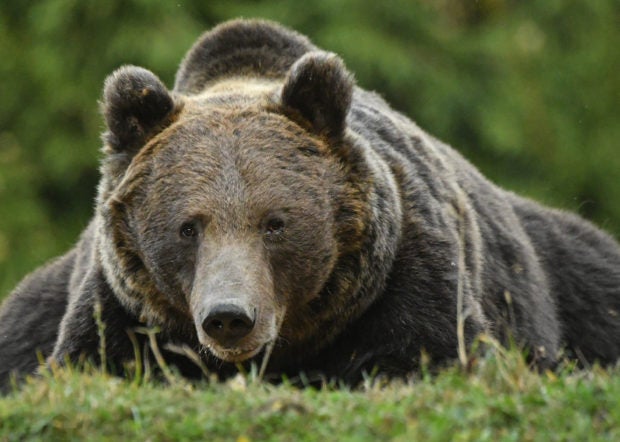 BUCHAREST — Romania said Wednesday it is investigating the killing of a large brown bear that activists allege was illegally shot by a Liechtenstein prince during a hunt in the Carpathian Mountains.

Animal rights groups accuse Prince Emanuel von und zu Liechtenstein of having killed a 17-year-old male brown bear, the “largest” sighted in Romania, while on a March hunting trip from his home in Austria.

Romania’s National Environment Guard launched a probe on April 29 into the death of a bear from a protected species in central Romania after noticing documents were missing, NEG head Octavian Berceanu told AFP.

“We knew that a female bear was supposed to be extracted, but we afterwards found a (dead) male bear,” Berceanu said, adding the body remained in Romania.

Environment Minister Tanczos Barna, who oversees the NEG, said a hunting permit had been issued to shoot a female bear in Covasna because she was a nuisance to residents, but did not say to who the permit was issued.

Romanian group Agent Green and the Austrian branch of Association Against Animal Factories (VGT) identified the dead animal as a bear named “Arthur”, who an Agent Green ranger had observed for years in a nature reserve.

“Arthur was 17 years old and was the largest brown bear seen in Romania and probably in the European Union,” Agent Green president Gabriel Paun said in a statement.

The sheet confirming the bear’s measurements, published by Agent Green and VGT, named “Emanuel von und zu Liechtenstein” — a Liechtenstein royal who lives in Austria — as the hunter.

“NGOs Agent Green and VGT are condemning the killing of the brown bear Arthur by the trophy hunter Prince Emanuel von und zu Liechtenstein who came to Romania in March to shoot him,” they said.

“It is clear that the prince didn’t come to resolve a problem affecting the villagers, but to kill a bear and take away the biggest trophy to hang on the wall,” Paun added.

A request for comment by AFP to the office of a castle owned by Prince Emanuel’s family in Austria was not immediately answered.

The office of the Hereditary Prince of Liechtenstein said in a statement to AFP that it did not know the background of this “private and personal matter”.

“However, the Princely House would like to point out that respect for nature has been one of the fundamental concerns of the House and is a central element of the family’s commitment to ecological and social sustainability,” it said.

Romania is thought to have more than 6,000 brown bears, Europe’s largest population, spread across about 30 percent of the country with the highest concentration of them in the Carpathian Mountains.

An EU member since 2007, Romania fully banned bear hunting in 2016, as the brown bear is a protected species under the bloc’s habitat directive.