It appears that young actress Kisses Delavin is receiving much-needed support as she gets ready for the upcoming Miss Universe Philippines pageant.

Her post came with several photos and videos, with some showing her donning different dresses and the others showing her adorable fur babies.

(Thank you to the Kissables, pageant fans and Filipinos for all the love and support! Please continue to follow me on my journey in Miss Universe Philippines.)

Delavin (whose real name is Kirsten Danielle Delavin) is among the 100 delegates from where the top 30 official candidates will hail from, according to the Miss Universe Philippines organization.

Shortly after making her Instagram post, Delavin was showered with well-wishes and messages of support from fans and fellow celebrities alike.

Other fellow celebrities – including Loisa Andalio, Barbie Imperial, Ana de Leon and Kim Rodriguez, among many others – likewise showed their support for the young actress. 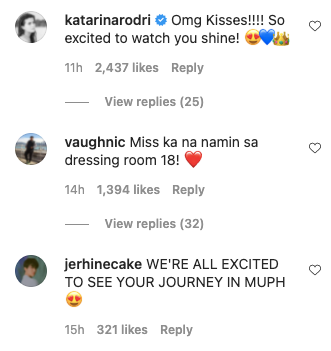 Prior to joining Miss Universe Philippines, the former “Pinoy Big Brother” housemate joined several pageants growing up. Before entering the said reality TV show in 2016, she was crowned as Miss Kaogma and Miss Masbate. She also held the Miss Teen Masbate title back in 2013.

The actress and her fellow delegates will go through a series of challenges to determine who will advance in the next stage of the competition, according to Miss Universe Philippines.

Out of the 100 delegates, only the top 30 candidates will proceed to the live-interview segment before a panel of judges. Fans will be able to watch the live on Sept. 25. /ra