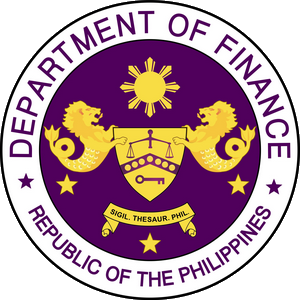 Japan is considering extending additional financial support to the Philippines’ ambitious infrastructure development program on top of the 1-trillion yen (about P460 billion) commitment it has already fully fulfilled, the Department of Finance (DOF) said.

In Wednesday’s 11th high-level meeting on infrastructure development and economic cooperation between Philippine and Japanese officials held virtually, the DOF said Japanese delegation head Hiroto Izumi had revealed Tokyo’s plan “to expand assistance to the Philippines beyond its 2017 commitment of 1 trillion yen.” Finance Secretary Carlos Dominguez III, who cochaired the Philippine side, said the Japanese official did not say how much the additional official development assistance (ODA) would be, but had said it would be provided during the the term of the current administration. Former Japanese Prime Minister Shinzo Abe, four years ago, pledged to President Duterte financing for “Build, Build, Build” and peace-building efforts in war-torn Mindanao.

Japan’s commitment to the Philippines was completed last July 27 after the two sides signed the exchange of notes for the second tranche of the loan for the first phase of the Metro Manila Subway project worth P253.31 billion.

Izumi, who is also a special adviser to Japan’s Prime Minister, said Japan and the Philippines’ “fast and sure approach” in their infrastructure partnership would be sustained under [Japanese] Prime Minister Yoshihide Suga, who supported both the “Build, Build, Build” program and the Mindanao peace process.

Japan was the Philippines’ top source of ODA—low-interest loans and grants—which as of end-2020 with a share of about $11.3 billion or 36 percent of the ODA portfolio.

The loans extended under Japanese ODA added to the national government’s debt pile, which further rose to a new high of P11.17 trillion as of June.

Outstanding domestic debt, which accounted for 71.1 percent of total, inched up 0.3 percent month-on-month and rose 28.2 percent year-on-year to P7.94 trillion as the Bureau of the Treasury issued more government securities, it said in a report on Thursday.