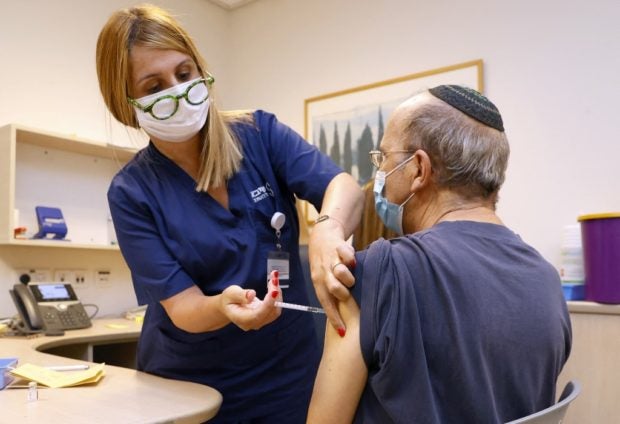 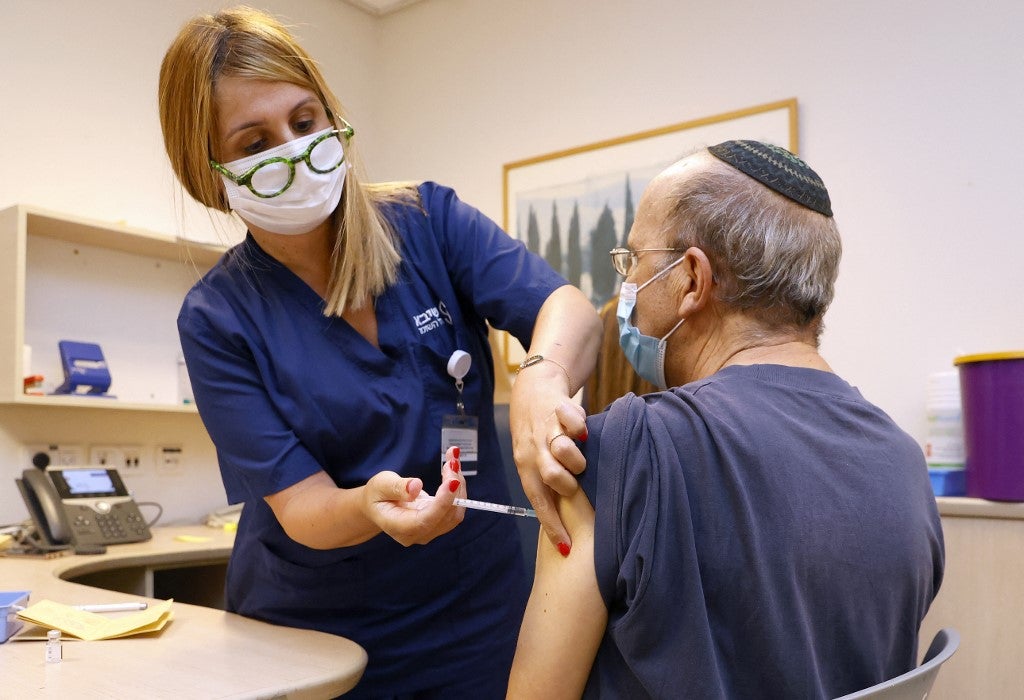 A man receives a third dose of the Pfizer-BioNTech COVID-19 coronavirus vaccine at the outpatient clinics of the Cardiovascular Centre at Sheba Medical Center near Tel Aviv, Israel, on July 12, 2021. (Photo by JACK GUEZ / AFP)

JERUSALEM — Israel will start offering a third dose of Covid-19 vaccinations to people aged over 60, Prime Minister Naftali Bennett said Thursday, one of first countries to provide a booster shot.

The jabs will begin on Sunday as part of a “complementary vaccination campaign” for people aged over 60 who were fully vaccinated more than five months ago, he said, as concern mounts over the fast-spreading Delta variant.

“I call on all elderly people who have already been vaccinated to receive this additional dose,” Bennett said. “Protect yourselves.”

About 55 percent of Israel’s nine million population has been double vaccinated, most with the Pfizer-BioNTech jab, thanks to a massive campaign launched in late December after an agreement with its producers.

“The decision was based on considerable research and analysis, as well as the rise in risk of the Delta variant wave,” Bennett said.

More than 15,000 active cases are currently identified, including 151 people hospitalised in a serious condition, according to the health ministry.

Israel’s digitised medical databases allowed for rapid large-scale studies, and its initial vaccine rollout of the jab was among the world’s fastest.

But infections soon rose again, prompting the health ministry to reimpose the wearing of masks in enclosed public places.

Last month, health officials announced they would open up vaccination to children as young as 12, while earlier this week, they said those aged five to 11 at risk of serious health complications could be vaccinated from August 1.