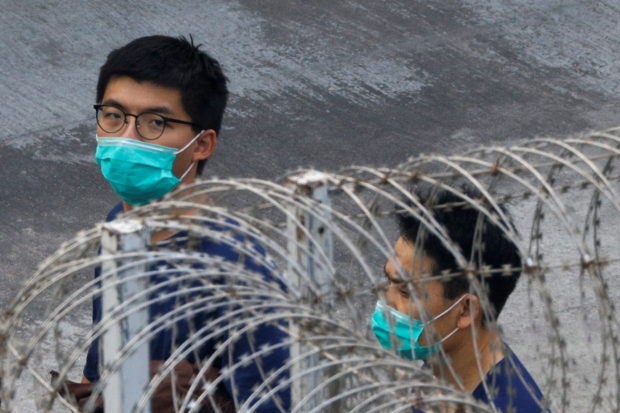 HONG KONG — Hong Kong democracy activist Joshua Wong will face another 10 months in jail for participating in an unauthorized assembly on June 4, 2020, to commemorate the 1989 crackdown on protesters in and around Beijing’s Tiananmen Square.

Wong, 24, already in prison because of other illegal assembly convictions and among 47 activists charged under the city’s sweeping national security law, was sentenced in the District Court on Thursday.

A 15-month sentence was reduced to 10 because of his guilty plea.