Galvez: Gov't may start vaccinating general public by May 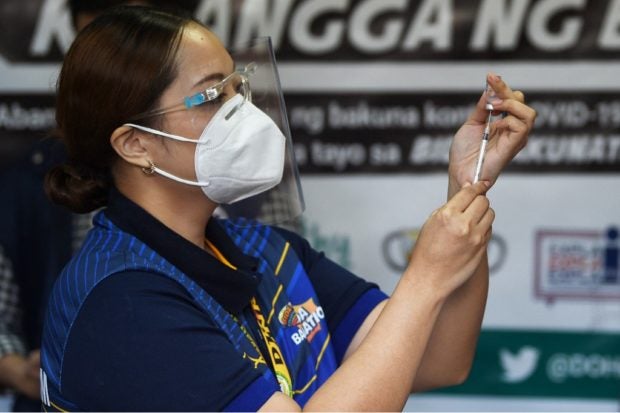 MANILA, Philippines — The general public may have to wait until May or at least in the second quarter of 2021 before they can receive shots against Covid-19 since the first batches of vaccines are meant to be administered to health workers, vaccine czar Carlito Galvez Jr. said Monday.

Vaccinations for ordinary individuals can only commence once the bulk of jabs coursed through the World Health Organization-led COVAX facility arrives in the country.

(We may get the vaccines in the second quarter once the other vaccines from COVAX arrive.)

“May ang pinaka-target natin (May is our target),“ he added.

He said about 5.2 million to 9.5 million shots from COVAX are expected to arrive in the country by the 2nd quarter of 2021 and this will be augmented by vaccines arriving from Sinovac BioTech and AstraZeneca, and Novovax.

He added that the first quarter of 2021 will be . He earlier said the government is eyeing to finish vaccinating all healthcare workers across the country by March.

Galvez said the Philippines is trying to “haggle” for Covid-19 vaccines since there is a “very acute shortage” of global supply.

He said the government is to get them delivered early, noting that  other countries offer to double the price and pay in cash, so the Philippines have to step up its game in vaccine procurement.

(We are paying more in our negotiations. We are upping the price to have them delivered early. The increased price is covered by the economic gains the country would have if it would get vaccines early.)

The Philippines on Sunday, with 600,000 doses of Sinovac vaccines.

Galvez said will arrive in the country this month, which will be used to inoculate health workers across the country.

The Philippines has secured .

Meanwhile, the Philippines is waiting for the shipment of the first batch of AstraZeneca vaccines, which was supposed to arrive on Monday but was s.

The government is expecting 3.5 million doses of AstraZeneca vaccines from the World Health Organization-led Covax facility in the first quarter of 2021.