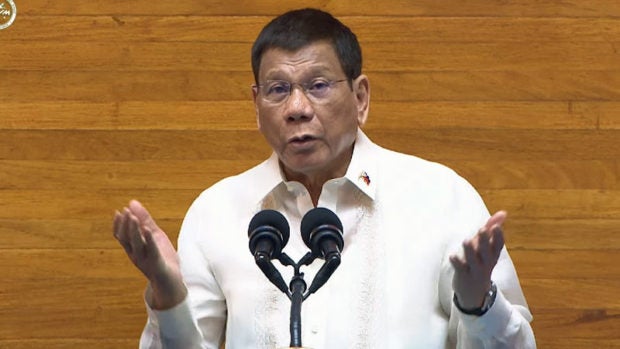 President Duterte had promised in previous editions of his State of the Nation Addressed that under his administration, the agriculture sector would be modernized, food prices would be lowered and that the “Plant, Plant, Plant” (PPP) flagship program would jumpstart urgently needed innovations in the vital sector.

But with just a year left before he ends his term, hopes of the country’s farmers and fisherfolk that these will be fulfilled have been largely extinguished, lamenting the “antipoor” and “proimportation” policies of the administration.

“There’s nothing to be happy about in agriculture,” said Raul Montemayor, chair of the Federation of Free Farmers. “I don’t think we can expect a change in policies that would favor the farmers. We’re just waiting for them to leave office and hope the next one will be better than them.”

To ensure a steady stream of affordable food and rein in accelerating inflation, the country’s economic managers instituted reforms that eased the importation of selected commodities.

These include the enactment of the rice tariffication law that also abolished the importation role of the National Food Authority (NFA); the reduction of pork tariffs to a low of 5 percent from a high of 40 percent and an increase in volume of imports that enjoy lower tariffs for a period of 12 months, and the creation of a framework that would liberalize the sugar industry in the future.

Economic managers said liberalizing agricultural industries was the fastest way to bring affordable food to consumers and lower food inflation, although to the detriment of local farmers who could not compete with other countries’ low production costs.

To soften the blows of importation, these policies are supposed to be complemented by the provision of production and postharvest machinery, more credit support and the creation of direct linkages between farmers and buyers.

These would cater mainly to farmers who would consolidate themselves into cooperatives and associations as a means to encourage large-scale production of goods and thus bring down their costs and become more competitive.

The Department of Agriculture’s ambitious PPP program, announced in 2020, was supposed to jumpstart all these initiatives. Mr. Duterte even likened the PPP to the administration’s flagship program for infrastructure called the “Build, Build, Build,” and added that the former would be easier to achieve since it was simply about “convincing farmers to cooperate for their benefit.”

But it wasn’t that simple, as the President suggested, especially with the agency’s lack of funding. According to Agriculture Secretary William Dar, the project would need P66 billion to cover the entire agriculture industry down to the value chain of each sector—crops, livestock, poultry, and fisheries—but the Department of Budget and Management (DBM) had approved only P8.5 billion.

The agency was promised an additional P24 billion for its PPP program under the Bayanihan 2 law, but the DBM has yet to release the multibillion budget. This has impeded commitments under PPP, including an increase in NFA’s budget for its palay procurement program. Thus with the term of President Duterte drawing to a close, farmers and fisherfolk are again left with no choice but to pin their hopes on the next administration.