Duterte 'proud' of doing the 'unpopular' for greater good of Filipinos 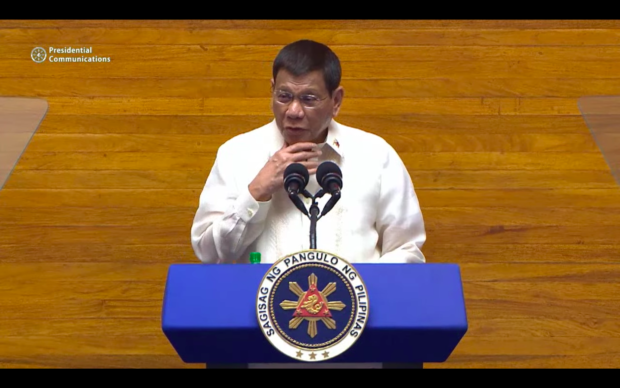 MANILA, Philippines — If there is one thing he could be proud of in his presidency, President Rodrigo Duterte said it is doing the “unpopular” for the greater good of the people.

“I stand here before you today, bearing no conceit. But if there is one thing that I could be proud of is that not once did I waver in doing the unpopular even if it meant upholding the greatest good for the greatest number,” Duterte said Monday in his final State of the Nation Address.

As he reflected on the past five years, the President admitted that these were “challenging” while “humbling.”