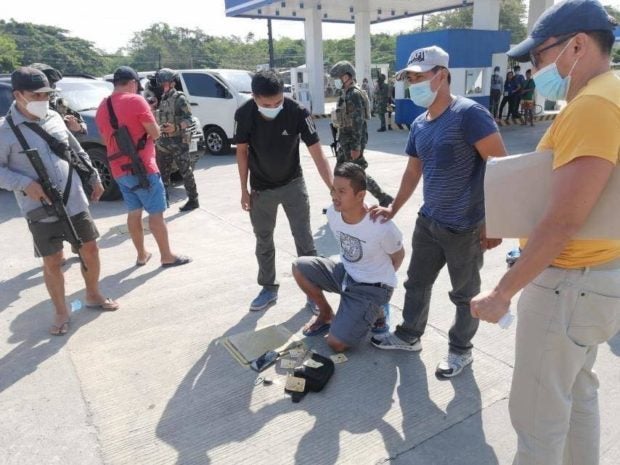 TUGUEGARAO CITY –– A police officer was arrested after he was caught receiving marked money from illegal cockfight operators in an entrapment operation in Peñablanca town, Cagayan province, police said on Tuesday, May 4.

Investigators identified the suspect as Staff Sergeant Arphie Bryan Ligutan Tuliao, a member of the Peñablanca police intelligence unit. He was placed under restricted status and faces criminal and administrative charges.

“We are saddened by the misdemeanor of our erring colleague and we do not condone such act,” Abella told the Inquirer.

Investigators said the entrapment was carried out after police received complaints from cockfight operators.

Tuliao received the P6,000 marked money as an initial payment of the P40,000 grease money, supposedly in exchange for withdrawing the charges against some individuals earlier arrested for “tupada” or illegal cockfight.

A case of robbery through extortion has been lodged against Tuliao.