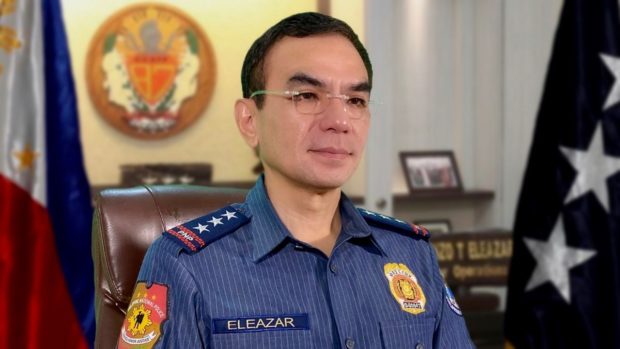 MANILA, Philippines — Senate President Vicente Sotto III and Senator Ronald “Bato” dela Rosa on Wednesday hailed the appointment of Lt. Gen. Guillermo Eleazar as the country’s next national police chief, saying he was the “best” choice for the job.

Meanwhile, Dela Rosa, a former PNP chief himself, said the police organization is “in good hands” with Eleazar at the helm.

“Excellent choice. The PNP is in good hands. Gen Eleazar has the leadership qualities that would further elevate the level of professionalism in the PNP,” he said in a message shared with reporters.

Eleazar, PNP’s current deputy chief for administration, will replace PNP chief Gen. Debold Sinas, who is retiring on May 8. Both he and Sinas belong to the Philippine Military Academy (PMA) “Hinirang” Class of 1987.