Batang Pier patch things up, rebound with nipping of Painters 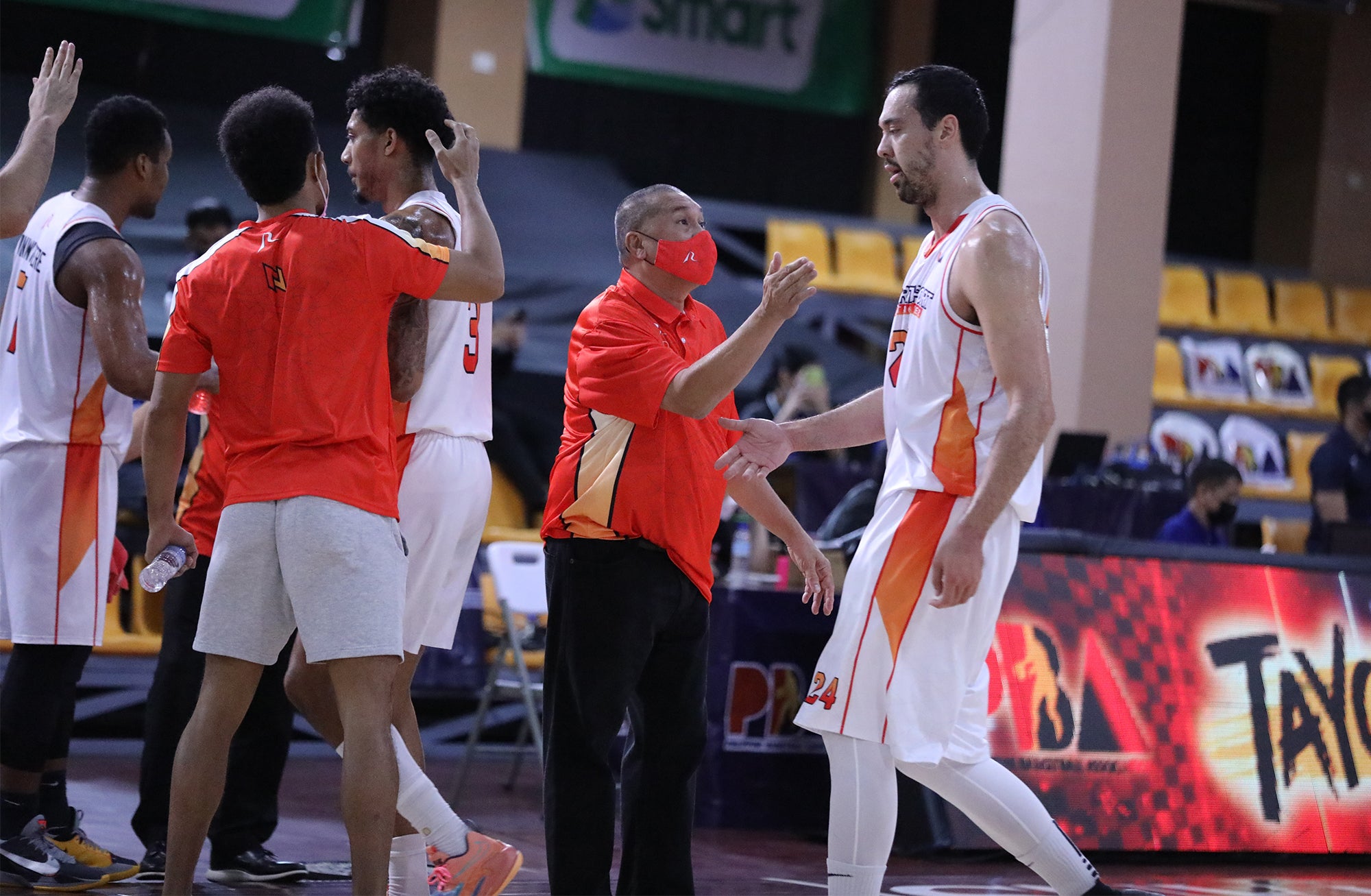 Greg Slaughter put together commendable performances on both ends to will NorthPort past Rain or Shine in overtime, 91-88, to bounce back from a gut-wrenching loss to Magnolia that was the subject of a lot of bashing on Batang Pier coach Pido Jarencio on social media just two nights ago.

Left out in the final play in the clash with the Hotshots, Slaughter put up 25 points and grabbed 11 boards before blocking Gabe Norwood’s potential game-tying triple—his sixth swat overall—to seal the Batang Pier’s return to the win column of the PBA Philippine Cup at Don Honorio Ventura State University on Sunday afternoon.

And that only shows that things are well within the NorthPort camp.

“We’re just a team that wants to win. A lot of frustrations the last time—anytime you lose a game. But that [just] makes us hungrier for the next one. We trust in each other, we trust in coach Pido and we just pull it together as we knew that we had to move on to the next one,” said the 7-foot center.

Though he already expressed his regret over that coaching boo-boo last Friday, Jarencio used the customary post-game chat to convey his apology to his ward.

“I am apologetic to Slaughter and the rest of the team,” Jarencio said. “We’ve patched up things. We’re here to work. We are professionals.”

Slaughter was at the center of the controversy last Friday, when Jarencio pulled him out with 2.6 seconds remaining just when Magnolia was to make a crucial inbounds pass and the Batang Pier protecting a one-point lead.

With Slaughter not there to distract the inbounder, a perfect pass was issued to Calvin Abueva, who made the game-winning basket.

Jarencio got the flak from netizens because of that, but quickly fired back at his detractors.

“To my bashers, my haters, you’re talking nonsense. I played for 17 years and coached for 12 and never have I figured in any [game-fixing] anomaly,” he said. “I leave you all to God. I love you all.” INQ