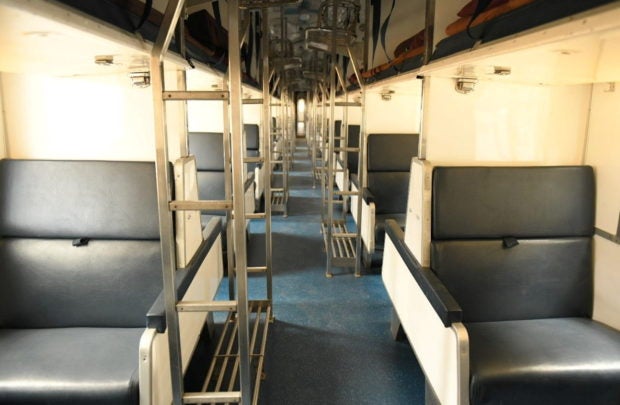 Thailand has been battling its since the pandemic began. The Southeast Asian country reported 14,150 new cases and 118 deaths on Tuesday, bringing the total number of reported cases to 526,828 and 4,264 deaths so far.

“Some modifications are still to be done such as removing the top bunk beds, installing window nets, as well as water and electricity systems,” the Bangkok Metropolitan Administration (BMA) said in a statement. “More toilets and bathrooms will be built outside the carriages.”

The surge in cases in Bangkok has put pressure on the city’s medical system, said the statement, which added that the BMA was seeking to increase the overall number of hospital beds available to COVID-19 patients in the city.

The makeshift train ward will serve as an isolation centre for patients on hospital waiting lists and will be ready for use by July 30, the BMA said.

Authorities have faced public criticism over the pace of Thailand’s vaccination rollout, which has fallen behind some neighbours.

Thailand aims to inoculate 50 million people by the end of the year, but so far only 5.6% of its more than 66 million population are fully inoculated, while 18.9% have received at least one dose.