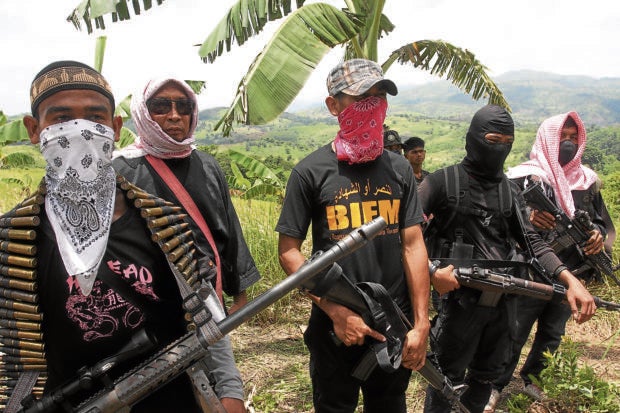 CAMP SIONGCO, MAGUINDANAO—Two more members of the Islamic State-linked Bangsamoro Islamic Freedom Fighters (BIFF) were killed in a clash with soldiers in Barangay (village) Mao, Datu Paglas, Maguindanao before dawn on Sunday, May 16, the military reported.

Maj. Gen. Juvymax Uy, commander of the 6th Infantry Division of the Philippine Army, said the slain BIFF members were part of the group of 60 armed men who occupied Datu Paglas town public market on May 8 before soldiers arrived in the area and drove them away.

Uy said no casualty was reported on the government side as the remains of the two slain BIFF men were turned over to the local government unit.

Soldiers also found a bandolier with two long magazines for an M16 rifle, 50 rounds of 5.56 mm ammunition, two civilian backpacks with personal belongings, a broken handguard of an M16 rifle, and assorted food items from the clash site.

“I directed more troops to reinforce the engaging units and to blockade the enemy’s withdrawal routes to ensure that no one could escape,” Uy said.

From January 2021 up to the present, a total of 41 BIFF members have been killed and 48 surrendered. JTF Central also recovered 56 firearms, of which, 52 were high-powered.