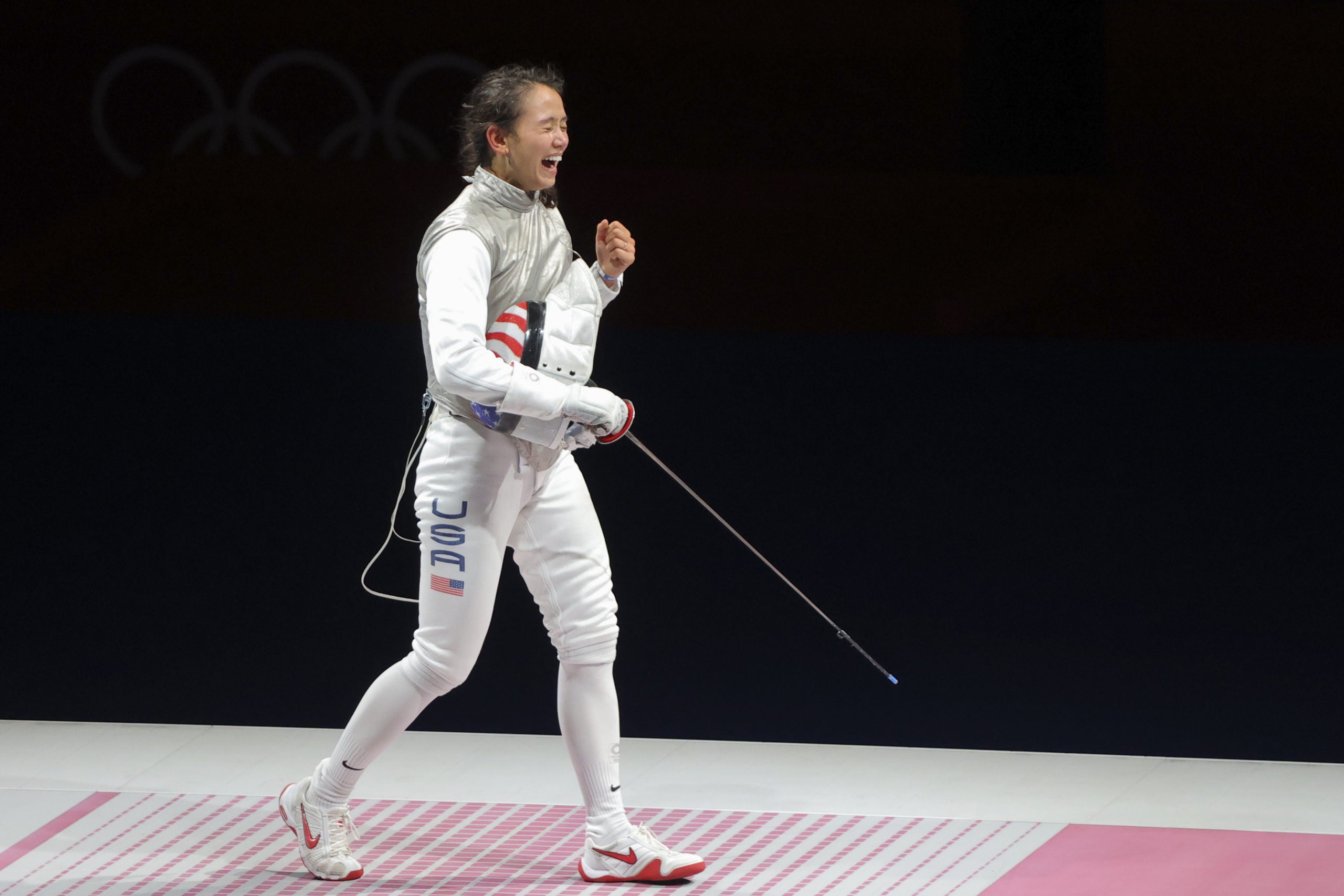 “To come out here and to feel good about your fencing is what all the athletes strive to do and hope you have a medal at the end, so I have everything,” Kiefer, whose mother is from the Philippines, said after the finals.

Deriglazova, who was ranked no. 1, was a favorite to win the gold medal and steadily won her bouts throughout the tournament.

In the final, the two went point for point, with Kiefer maintaining a slight lead throughout the match.

Deriglazova sometimes attacked with vigor, pushing Kiefer to the edge of the piste, but Kiefer fought back with decisive stabs, the cheers from her teammates growing louder with each point.

After her win, Kiefer screamed with joy and hugged her coach, before rushing to the stands to hug her husband, fellow US foil fencer Gerek Meinhardt.

His win was secure when he and Siklosi both lunged, Siklosi missing his target while Cannone landed his blow on Siklosi’s back.

Cannone took his mask off after the last point and raised his arms in stunned silence. His teammates rushed over onto the piste to crowd around him, jumping in excitement before throwing the gold medalist into the air three times.