Dracula has opened up his lavish resort to the human world and will allow visitors to tour and meet its unusual guests.  Visitors will begin their journey by walking across a bridge over a foggy moat to enter the hotel’s lobby. There, they will meet Dracula, who will guide them through more than 10 locations.

"The attraction will be a worthy addition to our park. The work on the Hotel Transylvania theme area took more than three years, as we wanted to build a unique space for Russia, combining the latest technical and creative solutions to create a comedic horror experience suitable for the whole family,” said Ivan Scholl, technical director of Dream Island Theme Park.

“We partnered with Sony Pictures in order to achieve an authentic experience that will be the first attraction of this level in Russia, in one of the world's leading theme parks." 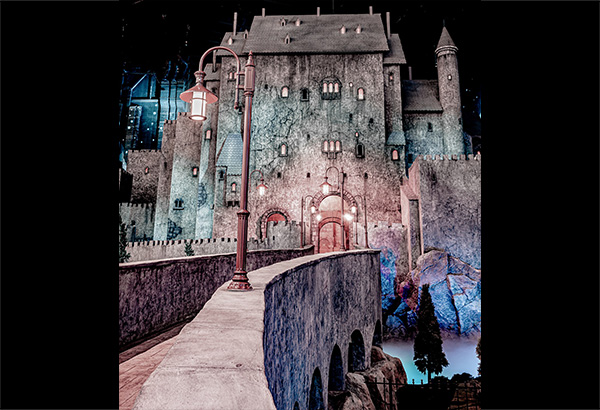 Thailand is set to be the home of the world's first Columbia Pictures theme and waterpark. Sony Pictures Entertainment and Thailand-based attractions developer Amazon Falls announced last April 8 that they are developing a 5.7-hectare (14 acre) attraction on the seaside town of Bangsaray, located 20 minutes from Pattaya and 90 minutes from Bangkok.

Columbia Pictures’ Aquaverse will feature eight themed and immersive zones featuring both water and land-based attractions. It will be a destination for many movie fanatics who will get to see characters from blockbusters  "Ghostbusters,” "Jumanji", "Bad Boys,” "Men in Black” and "Hotel Transylvania" all over the theme park.

According to Dr. Kanit Sangsubhan, Thailand's Eastern Economic Corridor (EEC) Secretary-General, the Aquaverse is poised to set new standards for immersive entertainment in the special economic zone. He added that the theme park will be a key component in the EEC Smart City development plan where the a full support of services such as 5G, digital technology, transit links, and partnership with clean energy and investment promotion package will be provided.

Columbia Pictures’ Aquaverse is anticipated to reopen with a phased rollout in October 2021 and a soft opening in 2022.

Here's a sneak peak at the attractions in Aquaverse:

“Columbia Pictures’ Aquaverse is the next step in Sony Pictures’ larger global strategy to grow and expand location-based entertainment by utilizing its strong global film and TV brands. We are creating opportunities for all audiences around the world to immerse themselves deeper into our stories through water parks, touring exhibitions and theme park attractions,” said Jeffrey Godsick, executive vice president of Global Partnerships and Brand Management and head of Location Based Entertainment at Sony Pictures Entertainment. Liakit Dhanji, chief executive officer and chairman of Amazon Falls Co. Ltd., welcomed the partnership with Sony Pictures Entertainment: “The launch of Columbia Pictures’ Aquaverse represents a first step in what we envision to be a broader collaboration that will pioneer the future of an integrated entertainment destination as part of the EEC smart city. Alongside our unique rides and attractions, we look forward to forging new partnerships with top accommodation, technology, retail and F&B partners as we curate an unmatched lifestyle experience that will resonate with all our visitors."
Columbia Pictures/Released