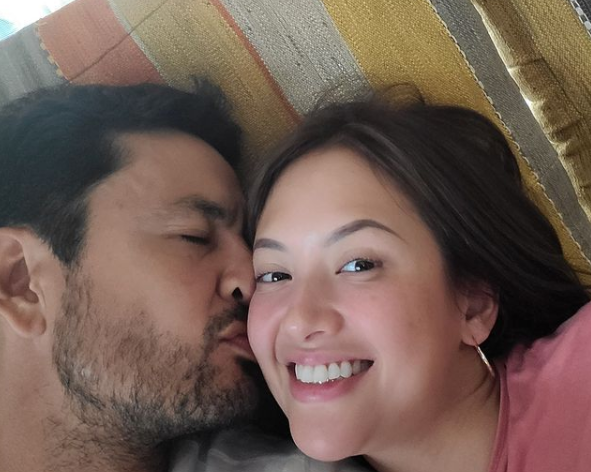 Actor Derek Ramsay seems happier than ever with fiancée Ellen Adarna, whom he labeled as “#soontobemrsR.”

Ramsay emphasized just how Adarna brings “so much happiness” into his life via an appreciation post on Instagram yesterday, July 23.

The post came with a of a joyful Adarna laughing uncontrollably as she lies on top of Ramsay, whom she makes fun of for making grunting sounds.

“Sorry for posting this vid again but this is why I love you so much! Thanks bruha for bringing so much happiness in my life,” Ramsay said.

The two first stirred romance rumors after cozy photos of them surfaced on social media in February. Weeks later, they admitted to the relationship and said set up by their friends.

Adarna then announced their engagement on March 30 by sharing a series of photos on Instagram that she aptly captioned “Game over.”

The two plan on tying the knot , Adarna previously shared in an interview with screenwriter G3 San Diego’s Instagram Live on April 5, where she and Ramsay guested.  /ra