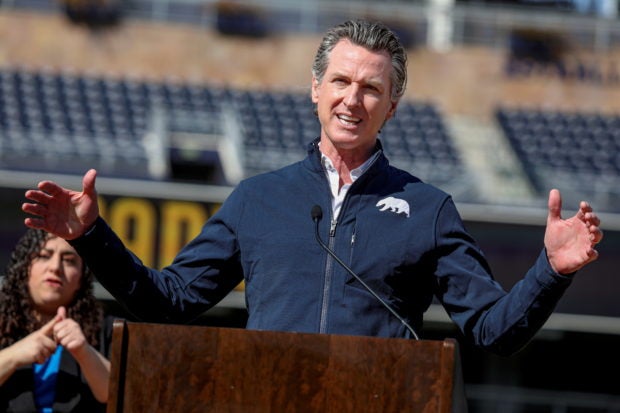 LOS ANGELES — California’s governor on Tuesday signed into law a major expansion of the state’s Medicaid coverage to all low-income residents aged 50 and up , extending eligibility to some 235,000 undocumented people.

Governor Gavin Newsom, a first-term Democrat facing a Republican-led recall election in September, said the bill is a key milestone in efforts to bring universal healthcare to the nation’s most populous state.

California leads all 50 U.S. states in the number of unauthorized immigrants – roughly 2.9 million in 2014, according to the U.S. Department of Homeland Security, though other estimates put the figure closer to 2.2 million.

But California is not the first state to provide comprehensive public medical benefits to its undocumented elderly population. Illinois last December became the first to extend state-funded healthcare coverage to all non-citizens age 65 and older whose immigration status had left them ineligible for Medicaid.

Newsom’s action builds on two earlier expansions of Medi-Cal – California’s version of the state-federal Medicaid system for the poor and disabled. They provided full-scale coverage to undocumented children, then to young adults until their 26th birthday regardless of immigration status beginning last year.

California already offers limited Medi-Cal benefits to undocumented residents of all ages for emergency room visits and some pregnancy-related care.

More than 536,000 undocumented young people, aged 25 and under, were enrolled as full-scale beneficiaries as of January, along with nearly 345,000 undocumented adults receiving limited coverage, according to state figures.

Newsom pointed to California’s budget surplus and the COVID-19 crisis as catalysts leading to the latest expansion, projected to cost the state $1.3 billion a year when fully implemented.

The measure will “ensure thousands of older undocumented Californians, many of whom have been serving on the front lines of the pandemic, can access critical health care services,” Newsom said in a statement.

He signed the bill at a health clinic in Fresno County, in the heart of California’s agricultural region where many undocumented residents are employed as migrant farm workers.

The latest expansion will qualify all income-eligible residents age 50 and older, including unauthorized immigrants, for full-fledged benefits starting in May 2022, and is expected to enlarge Medi-Cal rolls by about 235,000 people.

The expansion will be entirely funded by the state; federal law forbids U.S. tax dollars from covering immigrants who entered the country illegally.