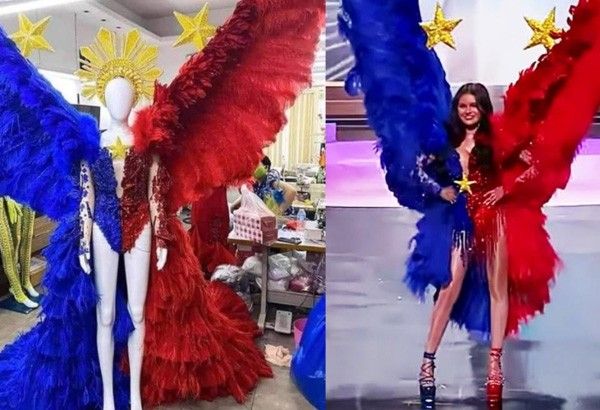 MANILA, Philippines — The Philippines’ bet Rabiya Mateo was supposed to wear a sun headpiece during the recently held Miss Universe National Costume competition but it always falls off her head so her team decided not to wear it anymore.

Shamcey said she brought the head dress designed by Manny Halasan but they decided not to proceed with the plan because it appeared to be uncomfortable.

“I'm pretty sure alam niyo naman na I brought the head dress, the headpiece for Rabiya but unfortunately it was nahuhulog so it's hard for her to wear it so we decided na kung saan siya komportable because mabigat na rin kasi yung wings niya in the first place,” she said.

Shamcey, however, said that Rabiya was able to give the country a good performance in the national costume competition.

“So sad na hindi niya nasuot but still Rabiya was able to give us a powerful performance,” she said.

Polio outbreak in Philippines declared over