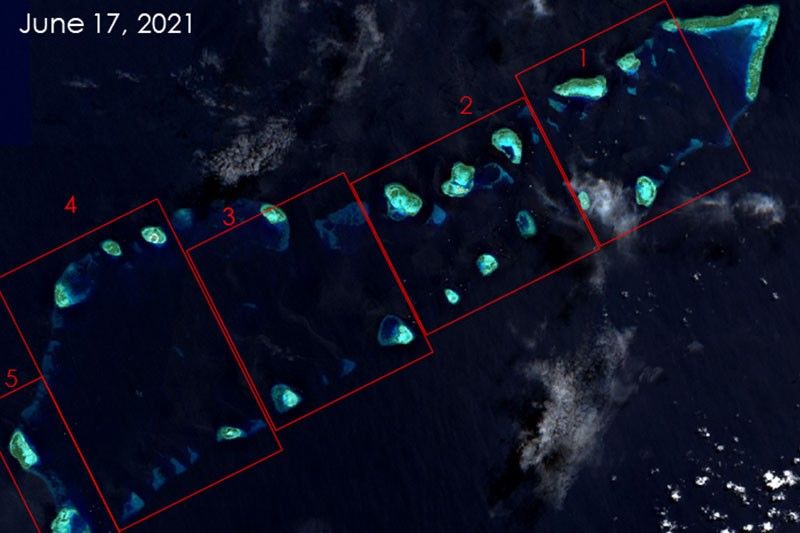 MANILA, Philippines — A large increase in ships within country's exclusive economic zone in the West Philippine Sea has been detected this month, according to a report by a US-based geospatial imagery and data analysis company.

In its 14-page report released on June 20, US-based Simularity noted that the number of ships — likely Chinese — in the Philippine EEZ jumped from 129 to 238, an increase of 109 ships. 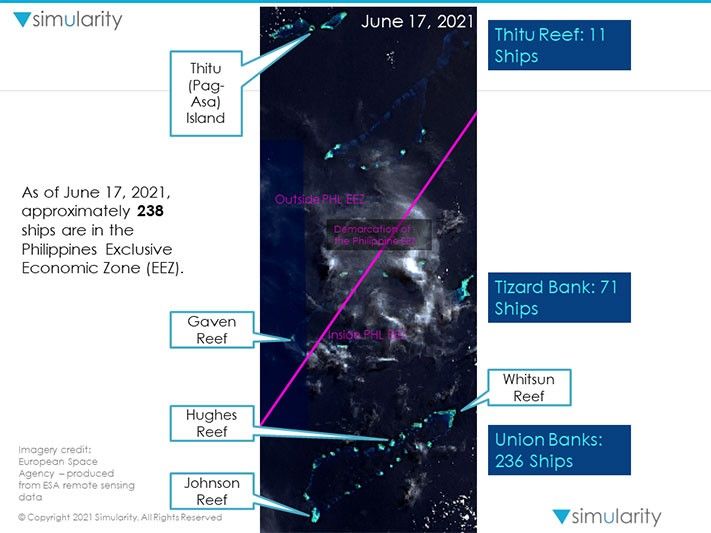 Union Banks, a group of features in the Spratly Islands, is located entirely within the Philippine EEZ, where the country has sovereign rights.

Satellite image released by Simularity showed that a total of 236 ships were in Union Bank as of June 17. In May, Simularity reported that approximately 120 Chinese ships are within the Philippine side of the Tizard Bank, also within the country's EEZ.

Satellite images from June 17 showed that 71 ships remain in the Tizard bank. At least 11 ships were also located in the vicinity of Pag-asa (Thitu) Island, which is under the jurisdiction of the municipality of Kalayaan in Palawan.

The Philippines has been conducting rehabilitation and repairs on Pag-asa Island, one of the largest features in the Spratlys. The presence of Chinese militia ships near the island, however, slowed down the construction projects on the island. 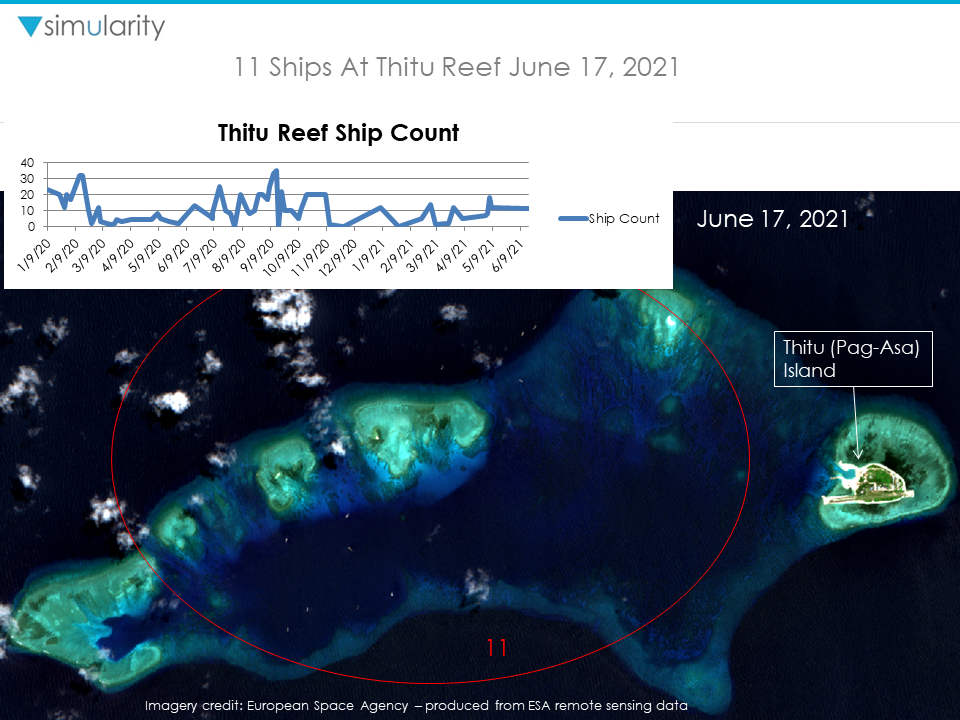 The Department of Foreign Affairs had filed multiple diplomatic protests against the lingering presence of Chinese ships in the West Philippine Sea, in addition to the daily protests it had filed for every day that Beijing refused to withdraw its vessels from Julian Felipe Reef. —  Satellite images from Simularity via European Space Agency