MANILA, Philippines — With his shirt on, 29-year-old actor Luis Hontiveros easily captivates dozens of fans. Shirtless, Luis even oozes all the more with tons of sex appeal undoubtedly, not to ignore his good-looks.

As a hunk actor and ramp model, Luis is one of today’s hottest male celebrities. Although he recently invaded the sexy route, Luis wants to be known beyond all those flattering remarks. Understandably, he wants to make a name for himself.

Luis started in modeling, and doing TV commercials, print advertisements and fashion shows. In 2016, he joined the reality competition, Pinoy Big Brother (PBB) and became one of the prominent housemates along with Tanner Mata in Season 7.

When Luis learned he would work with the award-winning director, he initially found it unbelievable. “Until now, I’m still overwhelmed and in awe,” Luis admits. “I couldn’t believe it at first that I would be working with direk Brillante Mendoza, Best Director sa Cannes (Film Festival).

“For someone na nagsisimula pa lang sa industry, then first indie film ko pa, I was really blessed with a director like him. I’m truly grateful sa tiwala and opportunity (that was) given to me, so I could show kung ano ang kakayanan ko sa craft ko working with him in this movie. Hindi lang siya maganda sa resume ko, but I learned a lot from him on and off camera.” 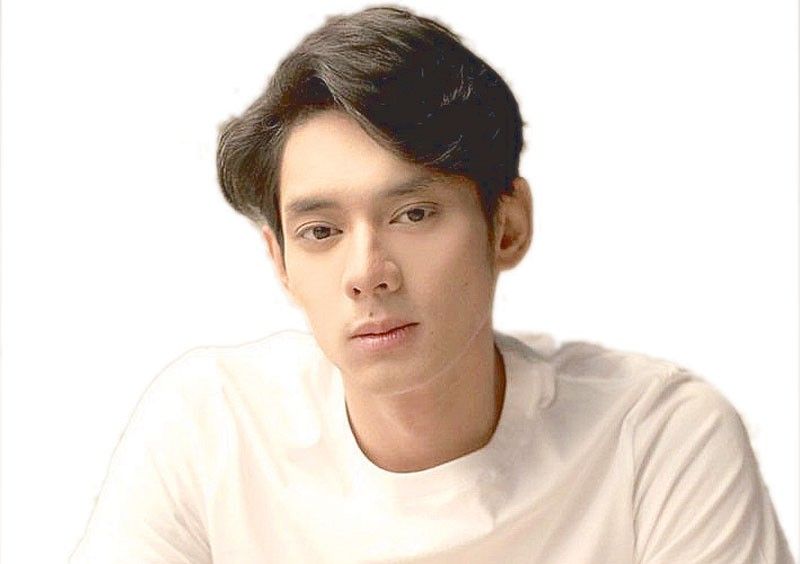 “I guess it’s not enough to tell you (about) breast exposure or butt exposure. You need to watch it kung paano din namin naipakita sa film na ‘to kung ano man ang meron kami. It will do more justice to the film. It’s not enough that we answer how daring we did the scenes or ano talaga ang ginawa namin sa pelikula.”

Working with director Brillante is undoubtedly an honor for Luis. “When I joined showbiz, I’ve been hearing the name of direk Brillante Mendoza from Coco Martin,” Luis recalls. “I haven’t seen any of direk Brillante’s films, but when I found out I would be working with him, hindi ko rin pinanood any of his past films.

“Knowing that he would be my director, first time na lead role ako sa isang pelikula, overwhelming na. The pressure at kaba, nandu’n na. I didn’t want to add more pressure, because I would get more intimidated. But everything changed when we all got to meet direk Brillante in person.

“Ibang-iba sa perception that I built up on my mind. Magaan ka-trabaho. He was very generous in sharing his craft and helping you hone your craft. Mas lalo lang akong na-excite aralin ang character ko na si James. It’s a real, rollercoaster experience working with him. I learned a lot from this film.”

Luis is aware that he is clearly up for a dog-eat-dog competition in this business, although he still looks at it as friendly. “What I can offer is the experience I can give to every character I play through my craft. Kung across the category of sexy, everyone can be sexy. It’s a matter of how your sexiness will translate at ano ang mapaparamdam mo sa audience mo, given the character that you play.”

Luis is willing to take on any role that lands on his lap. To him, that is always a challenge. “I guess my dream role is someone with mental illness,” he grants. “I want films that tackle social issues. Pwede rin ang action and I also want to experience comedy. I also want to do heavy dramas.”

Luis is eternally grateful for his stint in PBB, because that reality show paved the way for his entry into show business. “Doon ako talaga sa PBB nakilala,” he says. “But at the end of the day, I have to work hard and prove myself in terms of acting, so I can stay in the industry and get job offers such as Palitan.”

Sexy drama is apparently up Luis’ alley. The nephew of Sen. Risa Hontiveros and newscaster Pia Hontiveros enjoys the support of his prominent family to the career he decided to pursue.

“I’m old enough and I’m just trying to build my name and career as an actor,” Luis explains. “They know my passion in acting. This is just another role that I can put in my experience as an actor.

“Like any other family, I think they will understand because I’m doing what I love. They saw me pose for Bench recently and they didn’t have anything against it. My aunts were also performers before in theater.

“I may be the first one in the family to do sexy roles, but no judgement. I’m sure they will also be supportive of me. I have teenage sisters who cannot watch this film yet. I guess I will just tell them after. I know they will understand because I’m doing what I really love. Hindi naman pagpapa-sexy lang. I want my character to leave a mark and not just Luis Hontiveros na naghubad.”