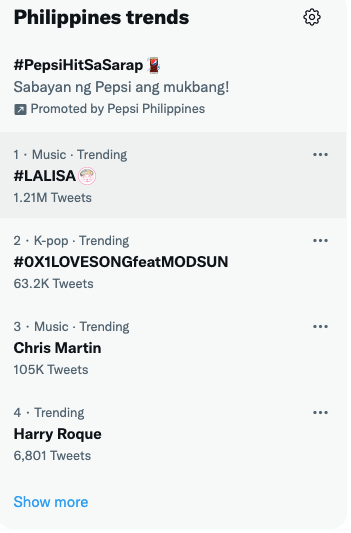 MANILA, Philippines — Presidential spokesperson Harry Roque became a trending topic on Twitter on Friday shortly after a video of his supposed meltdown during a meeting of the Interagency Taskforce on Emerging Infectious Diseases (IATF) surfaced on social media.

The official mouthpiece of President Rodrigo Duterte ranked as the fifth most tweeted personality in Twitter Philippines as of this posting as the video obtained by the Inquirer made rounds on social media.

The topic “Harry Roque” was tweeted more than 6,801 times.

But Roque’s admonishing of medical doctors in the IATF meeting did not sit well with the users of the platform.

In the video, a visibly incensed Roque said: “Thinking about economic ramifications, thinking about people who will go hungry does not mean we care any less … This group, they have never said anything good about government response.”

“We’re trying to achieve total health. Who wants COVID to kill people? Are you saying that only medical frontliners are concerned about the health of the people?”

“We all want to save lives, for crying out loud. No one in government wants a single life lost! No one! How dare you think that we are not considering steps to prevent the loss of lives?” he continued.

Metro Manila is under modified enhanced community quarantine until September 15.

Making a difference together

Kristoffer Martin discovers the many benefits of video game livestreaming

'There were a lot of crying': Alex Gonzaga recalls miscarriage

Jak Roberto shows his vulnerable side